We are very excited to share the programme of our 06/10/2021. Jaume Plensa: bringing a sense of serenity to an ‘incredibly noisy time’

Overview of a vivacious art form 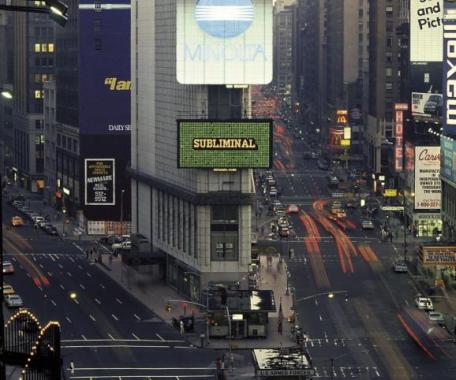 If there is any one thing that has marked the transformation of Catalan art, it is unquestionably the development of the visual arts. Catalan artistic expression has been channelled through the visual in all its facets and in this way it has borne its tastiest fruits.

As happens everywhere, the creative premise is currently a mixture of premises: with no clear boundaries between the different forms of artistic expression and with a deliberate diffusion of the borders, the visual arts and the artists that promote them move between the installation, sculpture, digital art, painting, photography or video, recognizing no other desire than visual art.

Since the 1980s, Neo-Conceptualism and Post-Conceptualism have been the trademark of Catalan creators born since the mid-twentieth century, and multi-disciplinary practise is the most habitual format in their creations. Video art, installations and performance coexist with more traditional forms of expression like photography or the cinema, and also with painting or sculpture, which lately have undergone drastic changes in their practise, mainly as far as the use of materials is concerned – and all this, in the work of the same artist. 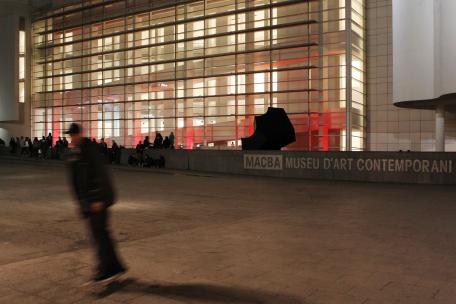 The careers of Antoni Muntades, Antoni Llena or Antoni Miralda are paradigmatic examples of this. Within this group we must also include, among others, the work of the generation of Perejaume, Pep Agut, Ignasi Aballí,Antoni Abad or Jordi Colomer. And in sculpture, there is the work of Jaume Plensa or Susana Solano. Moreover, the new generation, led by Eulàlia Valldosera and Alicia Framis, enables us to speak of even more diverse formats in which video artists like Toni Serra or Roc Parés, sculptors like Meritxell Duran, conceptual artists whose work revolves around irony like Antonio Ortega or groups of artists like Bestué-Vives (recently broken up) or Momu & No Es, and artists that also use idioms from the world of comics, like Francesc Ruiz.

We also have to mention the very important role that design (graphic and industrial) has played in Catalonia, not just as a sign of identity in recent years, but also as influences on the visual arts in general. Indeed, Barcelona has become an important centre of industrial design, and has institutions like the Foment de les Arts Decoratives – which awards the prestigious ADI-FAD prizes – or the BCD (Barcelona Centre de Disseny), besides a fair number of specialist schools. Outstanding figures in this field are André Ricard, Beth Galí, Miguel Milà, J. A. Coderch, Oscar Tusquets and Javier Mariscal, among others.

All this vibrancy is clearly linked to the development, over the last three decades, of large and small institutions (museums and art galleries), creative centres and breeding grounds of more or less independent artists, private galleries, festivals, gatherings and biennales, which have sustained and generated a movement revolving around Catalan artistic endeavours. 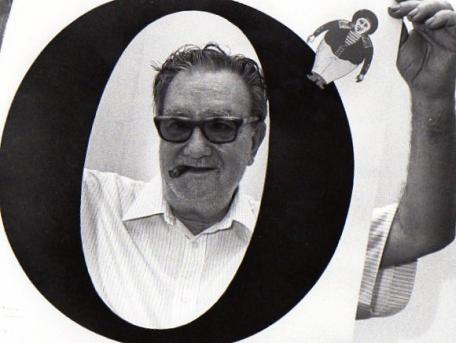 Among the most visible milestones of this process was when, at the beginning of last century, the Mancomunitat de Catalunya helped to spread the idea of the museum as a centre of investigation and a focus of disseminating knowledge. Thus, in 1934 the Museu Nacional d’Art de Catalunya (MNAC) opened with the aim of showing the public the complete range of the Catalan plastic arts, from the pre-Romanesque period to the present day. After the Spanish Civil War, new museums were opened (such as the Museu Marés or the Museu Picasso). And, with the coming of democracy, the number of galleries and institutions multiplied and important art foundations were created, dedicated to the great Catalan painters of last century: Salvador Dalí, Joan Miró or Antoni Tàpies. In recent years, a great effort has been made to disseminate contemporary art with the creation of the Museu d’Art Contemporàni de Barcelona (MACBA) which opened in 1995, and the inauguration of the Centre d’Art Santa Mònica (now called Arts Santa Mònica).

The current state of the art scene is rooted in a tradition of painting and sculpture that in Catalonia has always been cosmopolitan and avant-garde. The art history of the twentieth century acknowledges names of universal painters, like Pablo Picasso, Joan Miró, Salvador Dalí and, more recently, Antoni Tàpies or the Majorcan Miquel Barceló (the latter, as one of the most important living visual artists in the world), who have left their imprint and have marked – and continue to mark – an undisputable plastic tradition.

Prior to the Spanish Civil War, Catalan artists had been intrinsically linked with experimentation and investigation. The avant-garde of the early twentieth century left an extraordinary footprint in the country with the presence of great names in painting; and the post-war period was made remarkable by the work and the desire for renewal of sculptors like Josep Maria Subirachs or Eudald Serra, or the multi-disciplinary artistic group Dau al Set, which brought together in its studio special creators such as Joan Ponç, Modest Cuixart, Joan Brossa orJoan Josep Tharrats. The Informalism of the 1950s was also a good example of this approach, with the work of Albert Ràfols Casamada, Josep Guinovart or Joan Hernández i Pijuan, right up to the conceptualism of the 1970s. 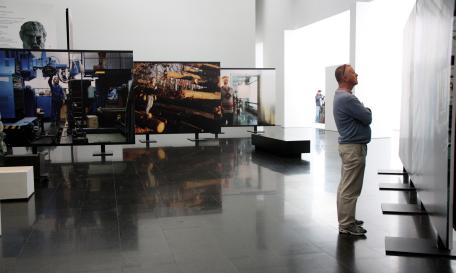 If we go back a bit further, to the late nineteenth century, we come across Modernisme (Art Nouveau), which, with its love for material renewal and its sought-after formal sensuality, gave Catalonia figures as important as Santiago Rusiñol or Ramon Casas, in drawing and painting, or Josep Llimona in painting. The genuinely Catalan response to Modernisme (Noucentisme) draws on more conservative values with the aim of creating measured, balanced and austere art, with an important influence exerted by the Roussillon native Aristides Maillol. Also dating from this period are the first museums and the first artistic groups.

The history of the visual arts in Catalonia in the nineteenth century and earlier is linked, in most cases, to the prevailing European artistic currents. But Catalan Impressionism has a figure of its own: Marià Fortuny, a painter who heralded a personal style, ahead of his time, and who was a reference for subsequent generations.

Although we can find some great Neoclassical painters like Antoni Viladomat the outstanding figures of the period were sculptors Antoni Solà or Damià Campeny. As to Baroque art, and except for some large religious altarpieces and the work of a few painters who followed the Italian school, it was all rather continuist and was not as brilliant as other artistic periods. This was also the case for Renaissance art, albeit with illustrious exceptions, like that of sculptor Damià Forment, who created the high altarpiece in the monastery of Poblet. However, we must mention the strong influence of Flemish painting, which made Catalan painters of the time exceptional.

The Middle Ages, on the other hand, brought us many of the best-known forms of Catalan artistic expression. Particularly rich in sculpture and altarpieces during the Gothic period, it presents a long list of well-known and renowned sculptors. And two painters stand out:  Jaume Huguet and Lluís Dalmau, who introduced Flemish realism to this country. As to Romanesque art, of utmost importance is the presence (and also the subsequent conservation work and re-evaluation of this patrimony) of all the mural paintings conserved in Old Catalonia. The frescoes from the apses of Sant Climent and Santa Maria in Taüll (12th century) are the best known and most spectacular, but there are many other admirable ones.

Lastly, few things remain of the plastic arts before the year 1000 (the most important being sculpture, precious metalwork and mosaics of Greek and Roman influence), and the earliest manifestations date from prehistory, plus a few extraordinary examples of Neolithic cave painting, as in the caves of Cogul (Garrigues) and Ulldecona (Montsià). 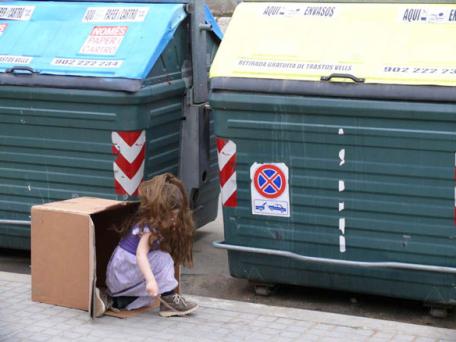 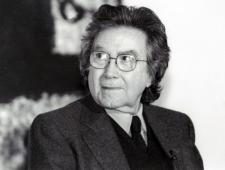 The visual arts and the artists that promote them move between the installation, sculpture, digital art, painting, photography or video, recognizing no other desire than visual art 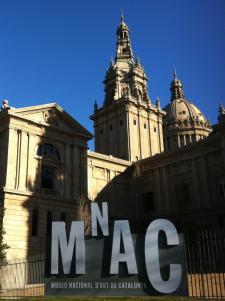 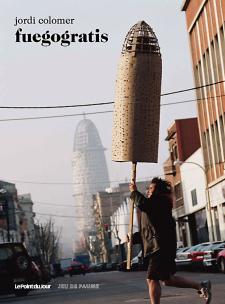 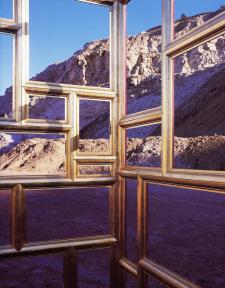 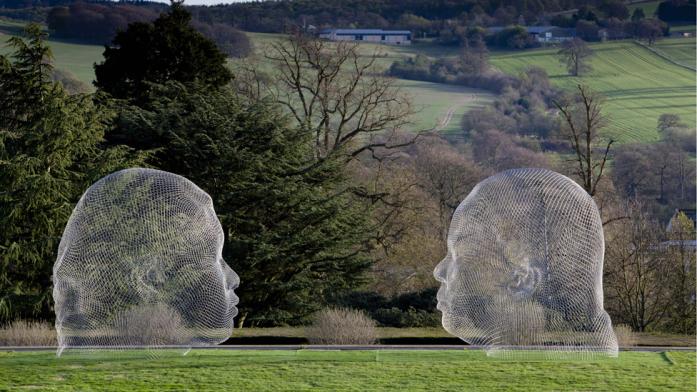