Monday 11 of July started the program of activities of the Summer Language Stay in Valencia. The ...

25/05/2022. Institut Ramon Llull takes part in a meeting in Galicia to promote Basque, Galician and Catalan languages and cultures

31/01/2022. Durham University hosts a series on Ventura Pons and masculinities in Catalan cinema

The Catalan language is the fundamental tool of social cohesion and integration of a society that has always been a land of that has welcomed immigrants for geographical and socioeconomic reasons. Catalan is the vehicular language of education in primary schools, secondary schools and universities. New arrivals have over 1,000 integration classes in primary and secondary schools at their disposal. The La Bressola cultural association’s network of schools, in Northern Catalonia, and the Joan Palomba and La Costura projects in Alghero promote the teaching of Catalan in those territories.

There are 21 universities in Catalan-speaking areas. The majority are members of international exchange programmes, which encourages foreigners to make contact with Catalan culture. The research community that works in the 24 science parks and the more than 40 high-level research centres in Catalonia speaks Catalan and English.

As regards literary creation in Catalan, texts have been written uninterruptedly from the 12th century onwards and at the moment there are more than 1.200 autors literaris vius. Other areas of Catalan culture such as audio-visual creation or the performing arts have also traditionally enjoyed widespread international recognition. Catalan culture has moreover been represented at competitions and fairs all over the world, like the 2007 Frankfurt Book Fair.

Catalan is the eighth most active language on Internet and over two million Internet users navigate in Catalan. On 16th September 2005 the domain .cat was set up, the first one given to a linguistic and cultural community not representing a political state. Currently, it has over 53,000 domains registered. The Catalan version of Viquipèdia was the first to appear, in 2001, after the English one and is now ranked thirteenth in the number of pages developed. Some of the most visited places on the web like Google, Facebook or YouTube are also in Catalan.

Catalan presence in the media can boast quality programmes and a loyal audience. One of the most socially important television channels in Catalonia is the 24-hour news channel 3/24.cat, or the general channels TV3 and 8tv; IB3 in the Balearic Islands or Canal9 in Valencia Country. They can all be watched via Internet with à la carte services.

As for radio, the various regional government public stations in Catalonia (iCatfm, Catalunya Informació, Catalunya Música, Catalunya Ràdio...), Valencia (Canal9), and the Balearic Islands (IB3), together with some private stations (Rac1, FlaixFM...) and a great many local stations guarantee Catalan a notable presence on the airwaves.

Catalan in the written press represents 20% of total daily newspaper sales. It is also available on the web with the recently-launched daily Ara, or older publications El Periódico de Catalunya, El Punt Avui, the Diari de Balears, the Diari d’Andorra, La Vanguardia or the weekly El Temps published in Valencia. In addition to that, there are about 250 magazines and specialist publications. 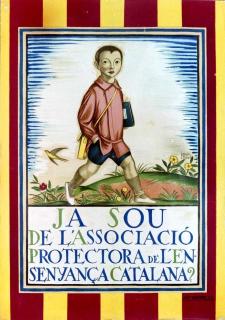 Logo of the domain .cat