Related news
13/06/2022. Open call for the participation of Catalonia and the Balearic Islands at the Biennale Architettura 2023


The Institut Ramon Llull opens the call for proposals to curate the participation of Catalonia an... 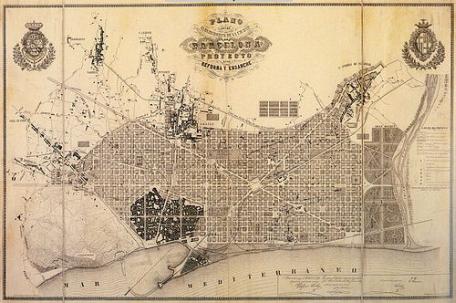 As in all artistic disciplines, in the fields of architecture and design, borders and boundaries between subjects have become fuzzy. Catalonia has had an undeniable, though uneven, architectural tradition, with moments of great splendour alternating with periods of evident continuity. And design, above all industrial, also has a long-established tradition, the result of the power of the industrial bourgeoisie that established itself in the country during the nineteenth century.

Today, after overcoming the impact of the 1992 Barcelona Olympic Games – which in Catalonia, and particularly in Barcelona – marked a turning point in terms of both architecture and urban planning and in conceptualizing spaces, objects and aesthetic elements, architectural approaches looked for new solutions. These were more functional and small scale in most cases, though they still bore the stamp of great works by leading figures that have helped, through their presence, to reformulate and develop Catalan aesthetics. 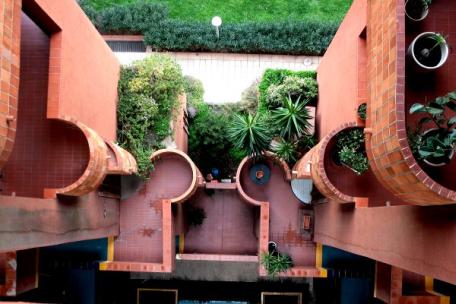 Between 1979 and 2007, Catalan architecture was guided by what was known as the “Barcelona model”, a dynamic fuelled by the ideas of the architect Oriol Bohigas (planning delegate at Barcelona City Council from 1980 to 1984, and later direct advisor to the mayor on planning matters as well as councillor with the portfolio for Culture from 1991 to 1994), who raised the need to reinvent the city of Barcelona in the early years of restored democracy, and later to undertake a general reappraisal to meet the demands of the 1992 Olympic Games. Renowned international figures such as Norman Foster, Santiago Calatrava, Arata Isozaki or Frank Gehry, would work alongside a distinguished group of local ones, like Ricardo Bofill, Carles Buixadé, Elías Torres, José Antonio Martínez or Òscar Tusquets.

The ideology for the model began with the so-called Barcelona School, which adhered to a rationalist constructive language that emphasized functionality and design. Federico Correa and Alfonso Milá and Enric Tous and Josep Maria Fargas are good examples of partnerships that were formed.

Earlier, however, an initial and very significant post-war change had already occurred on the Catalan architectural scene, with the emergence of Grup R, a reaction that synthesized the Catalan Mediterranean tradition with avant-garde international trends, and which also had a particular interest in developing lines running parallel to architecture such as industrial design. Its members included José Antonio Coderch (whose work had a Mediterranean character influenced by popular architecture), Antoni de Moragas and the previously mentioned Oriol Bohigas. 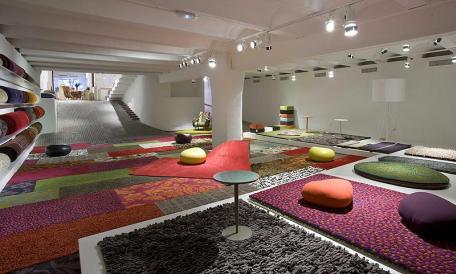 Before and during the Spanish Civil War, between 1930 and 1939, and the product of a contemporary spirit fleeing from the programme promoted by Noucentisme, GATCPAC (Group of Catalan Architects and Surveyors for Progress in Contemporary Architecture) was formed. Inspired by the impact of the creations of Mies van der Rohe for the Universal Exhibition of 1929, and influenced by the teachings of Le Corbusier, architects and designers flocked around the principles of constructive rationalism and offered their services to Catalan institutions as a technical arm of a global project of social reform. Several figures emerged from this group that would, over time, become important, such as Josep Lluís Sert or Josep Torres Clavé.

The Universal Exhibition of 1929 also meant a boost for the city of Barcelona and Catalan architects as a whole. Architectural Noucentisme, which had tried to undo the legacy of Modernisme (Art Nouveau), imposed order, simplicity and cosmopolitanism. This period included names like Nicolau Maria Rubió i Tudurí, Josep Maria Jujol, Josep Goday or Josep Francesc Ràfols. But undoubtedly the most influential architect of the time was Josep Puig i Cadafalch who, with a huge body of Modernista work behind him, redirected his style towards Noucentista precepts and was one of the major figures, alongside Pere Domènech i Roure, in the general project for the development of the Montjuïc area for the 1929 Exhibition.

However, the greatest combination of talent and names in Catalan architecture came during the Modernista period, between 1889 and 1916. With a strong desire to distance themselves from the gentrified Restoration world, they turned their attention to experimental research using new materials, ways to rescue forms from the past or import those of other cultures and, in general, the link between architecture and crafts, and in general, interior, furniture and object design. Modernisme was already present in many of the works on display at the Barcelona Universal Exhibition of 1888. Josep Vilaseca, Josep Amargós i Samaranch, Gaietà Buïgas, Enric Sagnier or Pere Falqués are prominent names from this period. But Antoni Gaudí, whose precious creations like Park Güell, La Pedrera and the Sagrada Família are full of prodigious genius, and Lluís Domènech i Montaner, whose perfect and harmonious style can be seen in Sant Pau Hospital and the Palau de la Música Catalana, are the most important exponents of this movement. 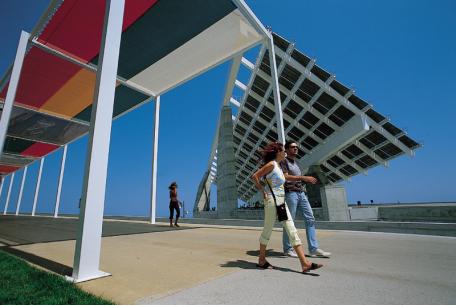 During the second half of the nineteenth century, the powerful thrust of industrialisation in Catalonia and, consequently, the large rise in the country’s population, made the need for a change of urban model clear. This challenge fell to the engineer Ildefons Cerdà, who designed and implemented one of the most advanced models of a large city based on an orthogonal network, which proposed an egalitarian metropolis with no segregated neighbourhoods. This period also saw important figures like Antoni Rovira i Trias, Elies Rogent i Amat or August Font.

As to Neoclassicism, some of its great milestones in Catalonia were the construction of the Citadel, though it was influenced by the Baroque, and the urban planning of the Barceloneta district, which was built at that time. We should also mention, in terms of religious architecture, the New Cathedral of Lleida, the church of La Mercè in Barcelona and Vic Cathedral. The influence of Andrea Palladio’s architecture was also clear to see in grand palaces that were built in cities (like the Virreina or Moja palaces on the Rambla in Barcelona) and in numerous second homes in the countryside.

The Baroque, linked to the new Catholicism that emerged from the Counter-Reformation, is exemplified in Catalonia through a huge amount of religious architecture. Some important examples are the Bethlehem Church in Barcelona (built by Josep Juli), with a fabulous façade, along with the façades of the monastery of Poblet and the cathedrals of Tortosa and Girona.

In contrast, the Renaissance bestowed few examples of architectural splendour. Catalonia held on to the Gothic style for a long time, and new forms could only be seen in features such as doors, windows and ornamental elements. However, under the tutelage of the humanist Archbishop Antoni Agustí, what became known as the Camp de Tarragona School was developed, with Jaume Amigó and Pere Blai as its leading figures. Blai was also the architect charged with the construction of the main façade of the Generalitat de Catalunya building in Barcelona, the magnum opus of the Catalan Renaissance.

The other outstanding style of Catalan architecture, alongside Modernisme, is Gothic. Linked to the growth of Catalan cities and the dynamism of the new bourgeois class, it soon acquired its own characteristics: highly functional and imbued with decorative austerity, and also the long-established Catalan tradition of cloisters and bell towers. In the thirteenth century, monasteries were built in Santes Creus and Poblet, and cathedrals in Tarragona and Lleida. Yet it was the fourteenth and fifteenth centuries that saw the peak of its splendour, in both religious buildings (Barcelona Cathedral, Santa Maria del Mar church, Girona Cathedral, the monastery of Pedralbes) and non-religious ones (the Saló del Tinell, the Barcelona Royal Palace, the Palau de la Generalitat, Barcelona Shipyard or the exchanges of Tortosa and Perpignan, among other buildings).

Catalonia also witnessed one of the most important manifestations of Romanesque architecture, which took on distinctive local characteristics: Sant Pere de Rodes, San Vicenç de Cardona or Santa Maria de Ripoll are good examples from the eleventh century. During the twelfth century, many monasteries were built, such as Sant Joan de les Abadesses and Sant Pere de Besalú, as well as the Cathedral of La Seu d’Urgell and the emblematic churches of Santa Maria and Sant Climent de Taüll.

Before the year 1000, the remains of the Greek colony of Empúries, and the Roman ones, with their systematic urbanization of what would become large cities (Tarraco, Barcino and Gerunda), are the most important architectural manifestations. And going even further back in time, there are also some megalithic constructions, which could be considered the earliest architectural remains in Catalonia. 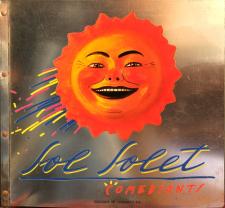 Catalonia has had an undeniable, though uneven, architectural tradition, with moments of great splendour alternating with periods of evident continuity 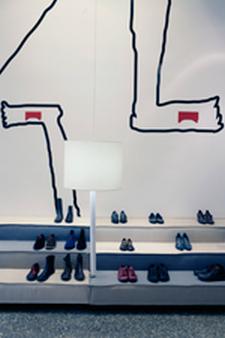 And design, above all industrial, also has a long-established tradition, the result of the power of the industrial bourgeoisie that established itself in the country during the nineteenth century 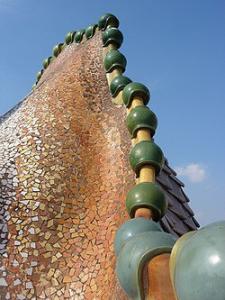 Roof of the Casa Batlló by Antoni Gaudí

Casa per a tres germanes by Jaume Blancafort and Patricia Reus, © David Frutos