Diversity, personality, restlessness, humanity: these are some of the defining characteristics of today’s Catalan contemporary dance, though the first, diversity, is the most obvious one; it can be found not only in the rich variety of different proposals, but also in the simultaneous validity of diverse idioms, with the common denominator being the concern for the present and the desire to communicate.

We find shows with dramatic structures and very clear writing, along with others that, from abstraction and based on pure movement, use physicality as a basic means of expression. In some shows we recognise vestiges of modern dance and American post-modern dance; in others, we discover influences of the techniques of release, of Pina Bausch’s German dance-theatre or Japanese butoh; and in others, we approach the new Belgian dance or the works influenced by English physical theatre or the new audio-visual culture. 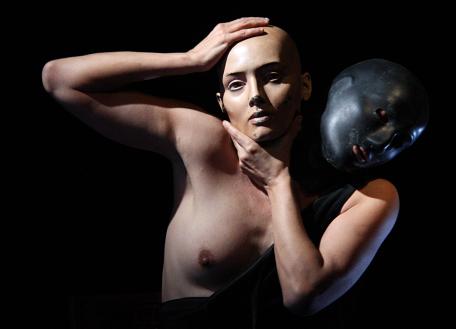 We may apply all this perfectly to the latest batch of creators, born in the 1980s and some of them trained at international schools, like Pere Faura, Roser López, La Veronal, Les filles Föllen o Lali Ayguadé, Guy Nader,Verònica Cendoya, among others, personalities who persevere in diversity and what’s more incorporate in their approach a formal lack of inhibition that breaks down the severity of the past and opens up new avenues of communication with the public.

This is the newest part of the current situation of Catalan dance. But in this current situation a number of creators who consolidated their careers between the mid-1990s and the early years of the new century have reached their plenitude, like Mal Pelo, by choreographers Maria Muñoz and Pep Ramis, at once simple and complex; Sol Picó, always surprising and forceful; or Marta Carrasco, with imaginative visual theatre. We could continue with the founders of the defunct Raravis, Andrés Corchero and Rosa Muñoz, with their own take on Japanese butoh; with Nats Nus Dansa, formed by Toni Mira and Claudia Moreso, creators of shows that interact with the image; or with the Ballet David Campos, a company that combines contemporary trends with the rigour of classical ballet. 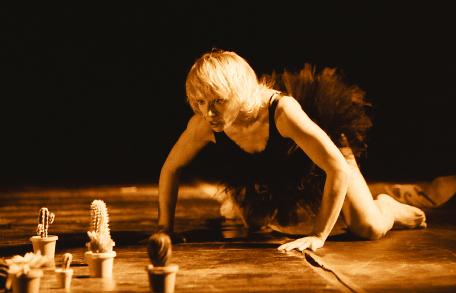 Along the lines of natural realism closer to performance, and with high doses of transgression, we find the Societad Doctor Alonso, directed by Tomás Aragay and Sofia Asencio, friends of paradox; the iconoclastic personality of Sònia Gómez, who includes movement in global artistic ideas; and the group Las Santas, who share creative experiences in their own exhibition and production venue.

We must not overlook other genres like pure or fusion flamenco, performed by companies like Increpación Danza, Color Dansa or Sonia Sánchez; tap dancing, by the Camut Band, Clac&Roll or Tap Olé; or hip hop with the young company Brodas Bros.

And if Catalonia can be defined as a welcoming country, the same goes for dance: choreographers like Thomas Noone, Bebeto Cidra, Jordi Cortés, Roberto Oliván or Peter Mika, associated with the Catalan Olga Cobos, have settled here.

Associated with these names, we should mention important platforms, often directed by these same artists, which have played crucial roles in the development of dance. We are referring to centres of creation, training and exhibition, such as La Caldera, La Poderosa, La Porta, the SAT or the recently created Graner, part of the Mercat de les Flors - Centre de les Arts del Moviment, and festivals like Dies de Dansa, in which urban spaces are the protagonists along with the dancers.

This diverse flowering is due to the structural weakness of the teaching of contemporary dance, and also to the exhibition circuits in the mid-1980s. All together it encouraged a self-taught attitude, individualism in authorship, and the search for foreign models, with the imperious need to travel and experience things beyond our frontiers. Catalan dance made virtues out of necessity, but the artists that were trained in the 1980s and debuted in the 1990s had a far smoother ride than the pioneers who had had to deal with the harsh conditions of the period encompassing the transition towards democracy. These pioneers are creators like Cesc Gelabert, who formed the company Gelabert-Azzopardi with Lydia Azzopardi, with their charismatic synthesis between tradition and modernity; Àngels Margarit-Companyia Mudances, and the unmistakeable Mediterranean sensuality that its creator Àngels Margarit gave it; Maria Rovira, a seeker of direct emotions, who created Trànsit; and the now defunct companies Metros and Lanònima Imperial, led by choreographers Ramon Oller and Juan Carlos Garcia, respectively. 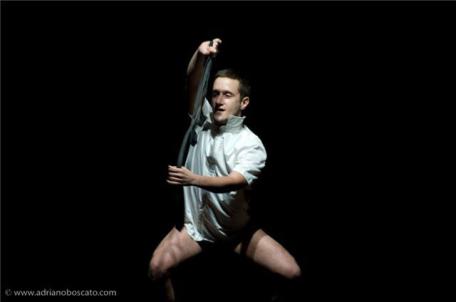 Returning to the synthesis between tradition and modernity mentioned above, there has been a fertile synthesis between popular culture and avant-garde art since the beginning of the twentieth century, as exemplified by the figures Vicente Escudero i Carmen Amaya, who have put flamenco on the international circuits, thanks to the impetus of art critics directly related to the Catalan avant-garde, like Sebastià Gasch. This stylized, refined and elaborate Flamenco was, despite everything, a far more direct and emotional proposal than the eclectic, cosmopolitan and sophisticated dancers Tòrtola Valencia or Àurea de Sarrà, who also enjoyed notable international renown in the inter-war years. From the beginnings then, contemporary Catalan dance has been expressed plurally, in contact with popular tradition, but receptive to everything that becomes the latest trend.

We must not forget that dance is pure inter-disciplinarity: from the studios and workshops, musicians, set designers, video artists and designers have worked shoulder to shoulder with the professionals of the movement, stimulating creation decisively. This tradition goes back a long way and includes names like Picasso, Dalí, Tàpies o Guinovart. 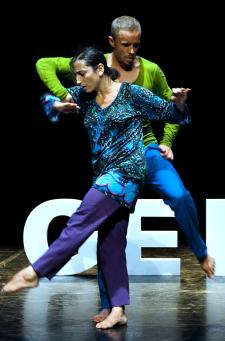 We find shows with dramatic structures and very clear writing, along with others that, from abstraction and based on pure movement, use physicality as a basic means of expression 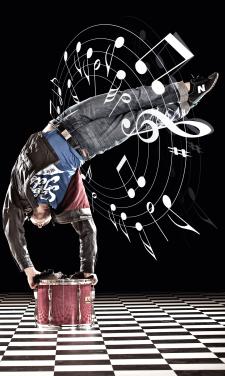