In this residency there will be a debate between the residents about the place of this genre...


The Anglo-Catalan Society's Annual Conference is a space where members and non-members alike ...

An ancient, consolidated tradition in the framework of Europe

Catalan scientific and philosophical literature had magnificent beginnings in the later Middle Ages, coinciding with a period of political glory. The Catalans’ military and commercial expansion throughout the Mediterranean led to, for example, the development of nautical charts, in which some Jews from Majorca excelled, such as Cresques Abraham and Jafudà Cresques, the authors, in 1375, of the notable Atles català (Catalan Atlas). Arnau de Vilanova, from Valencia, achieved widespread fame as the author of medical treatises and the promoter of theological polemics.

Naturally, as they were territories dominated by Christians, but where Muslims and Jews also lived, religious controversy generated a great deal of literature, including works like Pugio Fidei (Daggers of Faith) by Ramon Martí, or many of the writings of Ramon Llull, without doubt the Catalan thinker who has most attracted the attention of international medieval scholars. 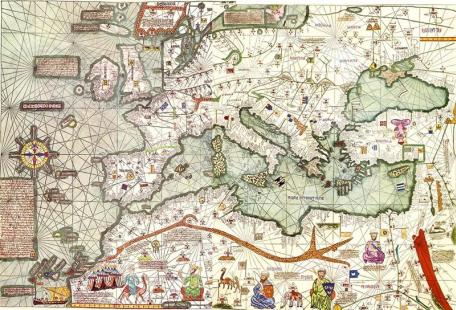 Llull wrote in Latin in order for his works to be as widely read as possible, but also in Arabic and Catalan. Thus, considerably earlier than Descartes, he was the first writer to use a modern language (Catalan) as the vehicle of expression of his philosophical ideas. Besides this, the historians of thought – and those of logic and artificial intelligence in particular – have often remarked that his originality lay in his hope of constructing a symbolic language to make it possible to automatically deduce all the scientific and philosophical truths – an idea later taken up by Leibniz.

In the fourteenth century, the struggles between the empire and the papacy and between the monarchy and the nobility caused political reflection to flourish strongly in Catalonia. The work that has become most famous is the Regiment de la cosa pública by Francesc Eiximenis, in which he stands up for political agreements (a stance that some contemporary writers pointed to as an inveterate Catalan tendency to make pacts) Bernat Metge, an official of the Royal Chancellery, wrote a dialogue – Lo somni – which shows a growing interest in Greek philosophy (something that has led to discussions as to whether it may be considered a Renaissance, or at least pre-Renaissance, work).

The work Theologia naturalis seu liber creatorum (Book of the Creatures) has also generated scholarly debate, both with regard to the author’s origins and his intellectual stance. It is attributed to Ramon Sibiuda, a theology lecturer at the University of Toulouse but probably Catalan in origin, and it became famous all over Europe due to the lengthy apology made of it by Montaigne in his Essays.

Throughout this period the mobility of Catalan thinkers and scientists in other countries was considerable, as is manifest in the constant travels of Llull or Arnau de Vilanova. After the foundation in 1300 of the Estudi General in Lleida, universities began appearing in Catalan-speaking countries that offered studies in philosophy (which at that time included mathematics and physics), theology, law and medicine. The Estudi General in Girona, which broke the monopoly of Lleida, opened in 1446. It was followed by the Universitat de Barcelona (1450), the Estudi General Lul·lià, in Majorca (1483), and the University of Valencia (1501).

From the sixteenth century, however, the religious and political atmosphere in the Catalan-speaking territories, now part of the Spanish monarchy, deteriorated significantly. Lluís Vives, the son of a family of Valencian Jewish conversos persecuted by the Inquisition, was educated in Paris. A friend of More and Erasmus, he was to attain notable prestige in Northern European humanism, above all for his ideas on education and his criticism of scholasticism. His philosophical consideration of the passions was to influence Montaigne, Descartes and Spinoza.

The Counter-Reformation brought about the cultural isolation of the Catalan territories and decline was inevitable throughout the sixteenth and seventeenth centuries. The War of the Spanish Succession, which ended in 1714, was to have disastrous consequences: the victor, Philip V, of the French Bourbon dynasty, closed all the universities in Catalonia and ordered the creation of the Universitat de Cervera, which acted as a bulwark against the penetration of the ideas of the Enlightenment. Nevertheless, medical schools remained in Barcelona and prospered with the foundation of the prestigious College of Surgeons in 1760. Civil society then began a reaction against the negligence of the centralist state introduced by the Bourbons and created the Board of Trade, which promoted technical teaching, and cultural institutions like the Academy of Sciences and the Academy of Humanities, which, encouraged by the strong boom in the Catalan economy that took place at the beginning of the nineteenth century, made up for the lack of official schools. This situation lasted until 1837, when Barcelona University was reopened due to pressure form civil society. Even so, the most notable nineteenth-century thinker – who had considerable influence on European Catholic intellectual trends – was still a cleric educated at Cervera: Jaume Balmes, who created a philosophy on the basis of common sense.

The University of Barcelona, despite the hopes that its reopening had raised, was soon absorbed by the university system of the Spanish state, characterized by Castilian uniformity and by centralism (which meant that the University of Madrid was the only one offering doctorate studies). It was an overly bureaucratic, anti-Catalan institution and as provincial as the other university that had survived Bourbon absolutism, the University of Valencia. In Catalonia, however, an exemplary political and intellectual reaction took place against this state of affairs.

The Catalanist political and civil society movement placed culture at the heart of its demands and created and maintained scientific and cultural institutions that grouped together the modernizing forces throughout the twentieth century. This was done despite the frequent inhibition of the state and despite the persecution during the long dictatorships of Primo de Rivera (1923-1930) and Franco (1939-1975). Thus, in 1907 the l’Institut d’Estudis Catalans, was created, which normalized Catalan as a language of culture and which had a Science Section, charged with the task of bringing local science up to the level of the leading nations. Associated with this impetus, the Catalan Biological Society, the Institute of Physiology, the Laboratory of Experimental Psychology and the Catalan Society of Physical Sciences, Chemistry and Mathematics were successively created, which over the years brought together internationally renowned scientists like the physiologist August Pi i Sunyer, the philosopher and microbiologist Ramon Turró, the oncologist Francesc Duran Reynals or the surgeon Josep Trueta.

The Spanish Civil War and the subsequent repression by the governments of the dictatorship of General Francisco Franco forced a very considerable number of Catalan intellectuals to go into exile in South and Central America, including Jaume Serra Hunter, Joaquim Xirau, Eduard Nicol and Josep Ferrater Mora. Naturally, this exodus of many of the most receptive thinkers of the time had a dreadful effect on the country, kept, moreover, under the watchful eyes of the censors.

However, in recent decades, philosophy and the social sciences have managed to assume the legacy of contemporary Central European and English-speaking trends. Yet the most original aspect of current Catalan thinking – and that which may be exported productively to other countries – is without doubt reflection on the themes of the nation and the language. Most Catalan authors have pointed out that the language conditions the formulation of thought and that the nation is an indispensable reality, separable from the state. From Valentí Almirall and Enric Prat de la Riba to contemporaries Ferran Requejo, Carles Ulisses Moulines or Joan Francesc Mira, the list of interesting authors in this respect is very long. Lo catalanisme by Almirall, La tradició catalana by Josep Torras i Bages and La nacionalitat catalana by Enric Prat de la Riba are the three books that mark the beginnings of the reflection. Throughout the twentieth century, the book Nacionalisme i federalisme by Antoni Rovira i Virgili, the essays on political philosophy by Joan Crexells, the chapters on nationalities and states that Carles Cardó included in Les dues tradicions, or the essay by Joan Fuster “Les llengües de demà” (included in Babels i babilònies) are some of the most outstanding pieces of writing, which besides dealing with the specific Catalan problem, tackle universal philosophical, juridical and socio-political issues.

In the field of science and technology, the most copious contributions have unquestionably been in medical research. This is the case from Arnau de Vilanova, who was a doctor, to Popes Boniface VIII, Benedict XI and Clement V, and from the Kings of Catalonia and of Naples to today’s major biomedical research centres. The explanation for this lies in the importance that has traditionally been given to studying medicine in Catalan universities, which has historically not been given to other branches of science. Researchers like Pere Domingo (in microbiology) or Jordi Folch (in neurochemistry) have played a major role in the most internationally renowned research centres and organizations. Today, among others, the Institute of Biomedical Research (IRB Barcelona), the Institute of Biomedical Investigations August Pi i Sunyer (IDIBAPS) and the Centre of Genomic Regulation (CRG) are leaders in Catalonia and Spain. 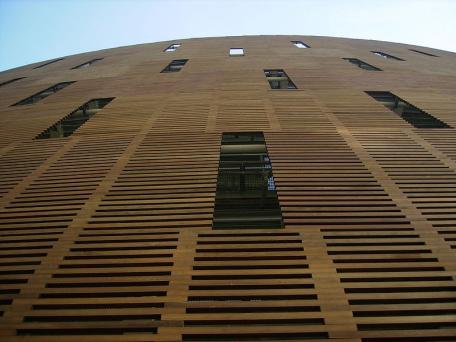 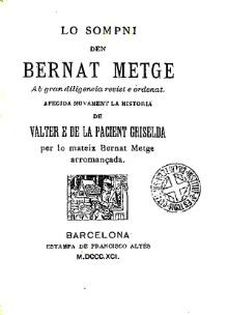 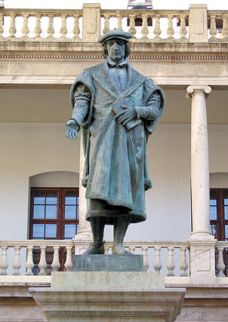 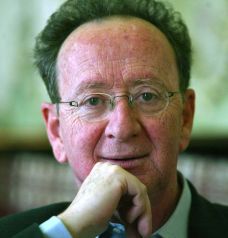 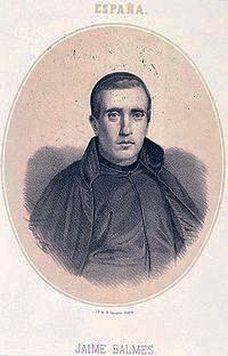 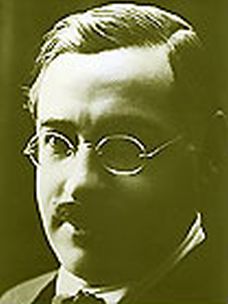 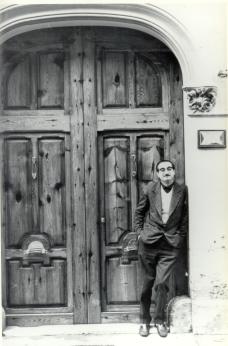