In this residency there will be a debate between the residents about the place of this genre...


The Anglo-Catalan Society's Annual Conference is a space where members and non-members alike ...

Catalan literature, between intermittence and emancipation

Catalan literature is, in the general order of Romance literatures, a singular case. Catalan is the only literature in the Mediterranean arc that, despite dating back like the others to the Middle Ages, has survived to the present day without the buttresses of a State of its own behind it. It is singular too because its geographical domain covers Spain, Andorra, France, and even Italy, thanks to the Sardinian town of Alghero, a symbolic redoubt of this centuries-old persistence. The reason the map of Catalan literature crosses frontiers is that it corresponds to the historical territory of a medieval frontier province, that of the Crown of Catalonia and Aragon, and it survives today in a community of nine million speakers.

Catalan poetry was born under the sign of emancipation. Wholly part of the troubadour tradition, Catalan poets gradually broke free of Occitan models. Around the end of the fourteenth century three poets appeared who, without abandoning the troubadours’ style of poetry, were already writing in Catalan: Gilabert de Pròixita, Andreu Febrer (translator of the Divine Comedy into Catalan) and Jordi de Sant Jordi. They paved the way for Àusiàs March  (1397-1459), a Valencian poet who took a conscious step back from Occitan poetry and brought modernity to Hispanic letters. His unheard-of attitude to women, whom unlike the troubadours he did not idealize, or spiritualize in the Italian fashion, made him a point of reference also for Spanish poets, both contemporary, like the Renaissance Garcilaso de la Vega, and modern ones.

Just as the great medieval Romance literatures have had a founding figure (Villon, Dante, Alfonso X the Wise), Catalan has in Ramon Llull (1232-1316) its first prose writer. A novelist, poet, philosopher, theologian and mystic, Llull is a universal author. A knight educated at the court, he experienced a profound spiritual crisis and a religious conversion that led him to interview popes and kings, take part in ecclesiastical councils, debate at the Sorbonne and preach in the lands of the infidel. A tireless traveller, Llull also wrote in Latin, Arabic and Provençal, although his great merit is being the first medieval author to use a Romance language to write philosophical treatises. With this gesture of emancipation, Llull turned Catalan into a literary language and established a model of prose that spread throughout contemporary and later literature. Following Llull’s example, the Royal Chancellery adopted Catalan when writing the four great royal chronicles. The sublime chronicle of Ramon Muntaner, who tells the story of the period of maximum Catalan-Aragonese expansion in the Mediterranean, is one of the most outstanding works of the European Middle Ages. It was in the Chancellery, the institution that copied and issued royal documents, that an academic model of the language was gradually established that became accepted as official throughout the territory. Through the writings of Bernat Metge (1340/45-1413), the king’s scribe and secretary, Catalan literature entered the modern age. Metge borrowed from the classics and from Petrarch and Boccaccio’s humanism to write Lo somni (1399), a complex story about the immortality of the soul. If Llull is a man enlightened by a medieval faith, Bernat Metge is the sceptic who only believes in what he sees.

Llull’s novels were also to be a point of reference for the three great novels of the fifteenth century in Catalan. Firstly, Curial e Güelfa is a chivalric novel by an anonymous author, while Mario Vargas Llosa has described Tirant lo Blanc by the Valencian Joanot Martorell (1414-1468) – a work that Cervantes saves from the flames when he purges Don Quixote’s library – as a dazzlingly modern novel. Far removed from Llullian or chivalric idealizations is the third of the great novels written by the Valencian doctor Jaume Roig (?-1478): Espill or Book of Women is a work of over 16,000 verses, furiously misogynistic, which gives us a foretaste of some elements of the picaresque novel. Valencian literature of the same century produced other sublime examples of prose, from the pious and simple register of Isabel de Villena (1430-1490) to the lyrical prose, of great metaphorical density, of Joan Roís de Corella(1433/43-1497).

In the Early Modern Age, the time when the great States of France and Spain were established, the Catalan-speaking areas lost the geopolitical centrality that they had had during the medieval period. The accession of the Trastámara dynasty and the removal of the court to Castile were two reasons why we now use the word ‘decline’ when we refer to the period stretching from the sixteenth to the eighteenth centuries. Catalan literature of this period nevertheless has a few singular figures, like the Baron of Maldà, rector of Vallfogona, a Baroque poet and an enlightened diarist, or the Minorcan playwright Joan Ramis, whose work can be described as wholly neoclassical.

Modern literary Catalan has not been established around a court nor has it been imposed from the officialdom of a centralized State, as would be the case with Spanish or French. Nor has any dialectal variant been adopted as a literary language, as was the case in Italy with Tuscan. Catalan literature has been constructed from its dialectal richness, but this has not stopped authors from different countries acknowledging that they are writing in the same language, brought together under the designation ‘Catalan literature’. Catalan literature has experienced periods of intermittent splendour alternating with interruptions, some longer than others. As a result of all this, the Catalan literary tradition is above all medieval and Romantic. In the nineteenth century, under the sign of Romanticism, Catalan culture freed itself from the yoke that reduced it to a patois and was recovered as a language of culture. La Renaixença, a movement that linked with the revival of popular storytelling and Romantic nationalism, provided three great literary figures: the poet Jacint Verdaguer, the playwright Àngel Guimerà and the novelist Narcís Oller. TAll three of them had continuers who would make the twentieth one of the most brilliant centuries in Catalan literature. The canon of the last hundred years evolves and expands as time passes. In the field of prose there are inescapable figures, like the philosopher Eugeni d’Ors, the journalist Josep Pla, the poetsJosep Carner, Salvador Espriu or Josep M. de Sagarra, the fiction writers Pere Calders, Llorenç Villalonga, Joan Sales and above all Mercè Rodoreda, who in the words of Gabriel García Márquez was the best Spanish writer of the twentieth century. All of them have relaunched a literary tradition that new generations of writers, both Catalan and of other places of origin or nationalities, have now accepted as their own, since Catalan literature, more alive than ever, has successfully integrated the richness of globalization.

Catalan writers’ permanent wish for emancipation has gone hand in hand with a need to make external points of reference their own. We once again encounter Bernat Metge’s delight in translating Petrarch in the great Catalan poets of the twentieth century, all of them great translators: Joan Maragall (Nietzsche i Novalis), Josep Carner (Dickens), Carles Riba (Homer i Hölderlin), Joan Vinyoli (Rilke),Gabriel Ferrater (Kafka), Narcís Comadira (Leopardi), Maria Mercè Marçal (Akhmàtova, Tsvetàieva), Enric Casasses (Max Jacob), and so on. Also important was the effort made to translate the Bible by the community of monks of Montserrat. It is through translation that to a large extent Catalan literature is growing inwards and overflowing outwards. And this is precisely one of the most important missions of the Institut Ramon Llull: to project Catalan literature by means of financial aid for the translation of works of literature and thought into other languages. With its help the Institut Ramon Llull has been able to accompany internationally famous Catalan authors, like Jaume Cabré, Quim Monzó orAlbert Sánchez-Piñol, Sergi Pàmies, Eduard Márquez, Jordi Puntí, Maria Barbal, Francesc Serés, who have contributed to the boom in Catalan literature around the world.

A century and a half after the Romantic revival, we can say with a bit of historical perspective that on the map of European letters, Catalan literature has taken a peculiar route: despite having enjoyed early splendour in the Middle Ages, it has arrived in time and in good health in the multicultural age, which should guarantee it the place it deserves in the world. 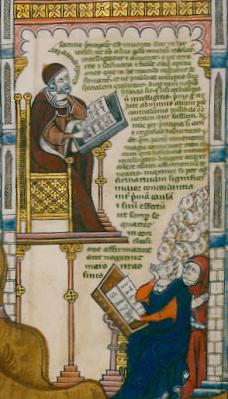 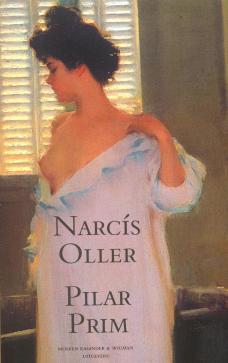 Cover of the Dutch translation of Pilar Prim by Narcís Oller 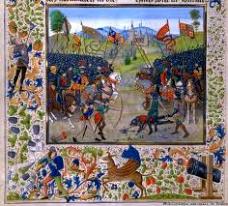 Miniature from the fifteenth century, the Tirant lo Blanc period 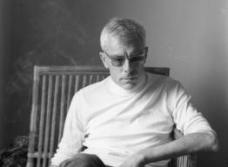 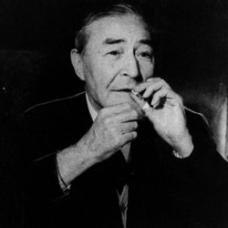