Since 1990 she has collaborated with various media outlets including El Observador, Diari de Girona, COM Ràdio and RAC 1 and, up until 2009, worked as Editor and Head of Press Relations at Random House Mondadori.

As of 2009 she has been the editorial director for the Galera and Bridge imprints within the Enciclopèdia Group, and in 2016, also became founder and publiser of Rata and Catedral imprints, within the same publishing group.

In addition, since 2008 Iolanda Batallé has served as a professor within the Universitat Pompeu Fabra Master in Publishing program and, as of 2016, for the Master in Literary Creation program offered by the same university. In previous years she also taught Spanish and Latin American literature in California.

In 2009 she published her novel La memòria de les formigues and, in 2011, the story collection titled El límit exacte dels nostres cossos. In 2013 she was awarded the Prudenci Bertrana Prize for her novel Faré tot el que tu vulguis. 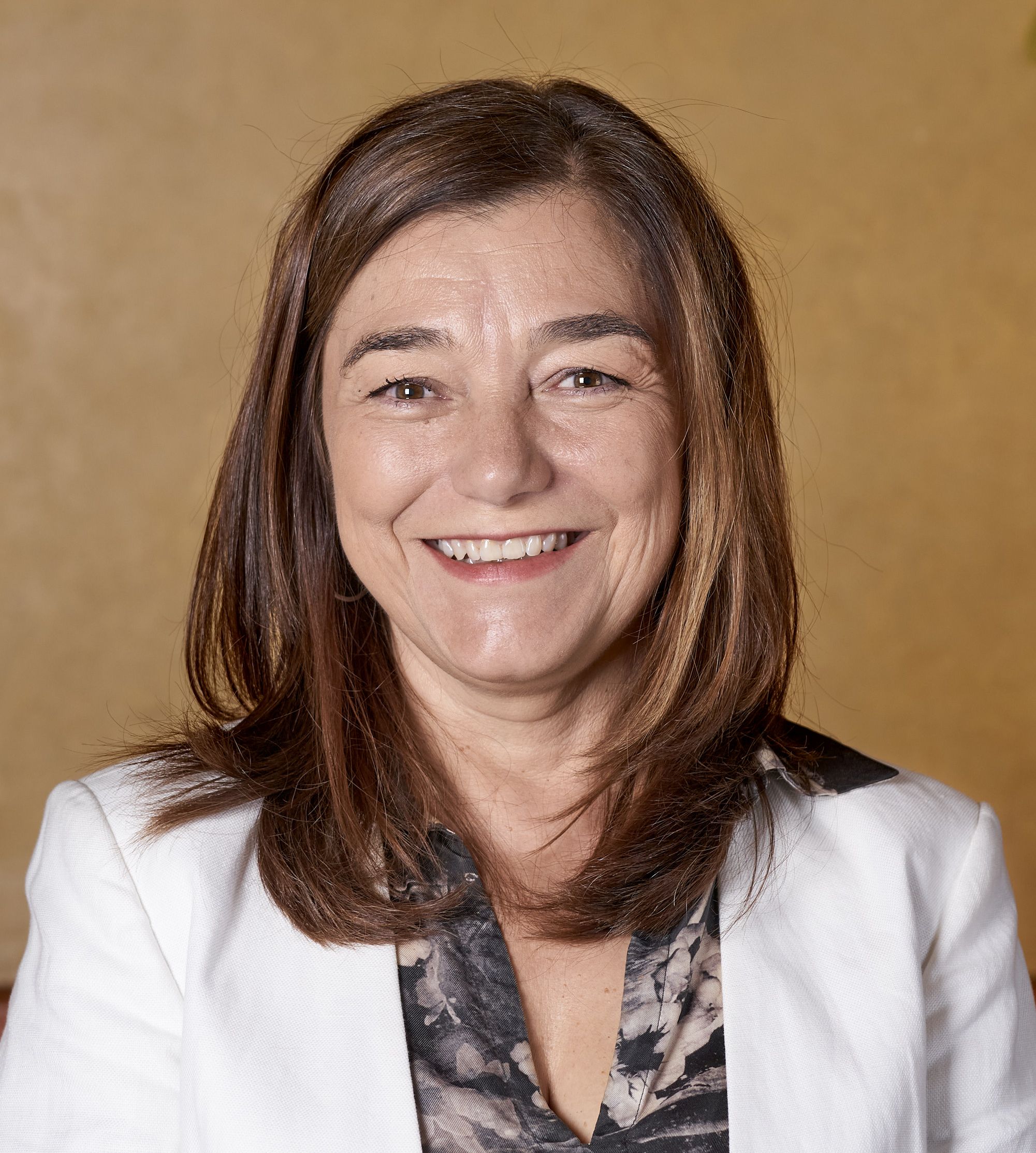 Antònia Andúgar i Andreu was born in 1965 in Almassora (Castelló). She has a degree in Translation and Interpreting from the Autonomous University of Barcelona and a Master's in Public Management from ESADE..

He began his career in the performing arts sector, working in different areas and projects of the Grup Focus company (1990-2005), highlighting the Teatre Romea Management, the management of the stage director Calixto Bieito and the management of co-productions and international tours. Later he joined the team of the audiovisual producer Benecé (2006-2009) as head of the children's and family area, leading several audiovisual and scenic projects, as well as international promotion in forums and markets.

From the private sphere, he joined the public sector in 2010 as Manager of the Performing Arts Center of Terrassa (with two theaters and a scenic production center) and Executive Director of the TNT-Terrassa Noves Tendències Festival. In 2014 she was appointed Director of the Market Area of the Institut Català d’Empreses Culturals, with the mission of supporting the internationalization of cultural companies and strengthening their competitiveness in both national and international markets. In this regard, she developed different actions such as the promotion of strategic markets of live arts or the organization of book stands, audiovisual or music at fairs around the world. 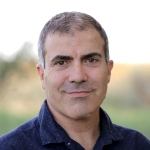 Born in 1972 in Saidí (Huesca), Serés completed degrees in Fine Arts (1996) and Anthropology (1988) at the University of Barcelona and received research qualifications (Grau de suficiència investigadora) from the Universitat Pompeu Fabra, where he taught Art History.

He is the author of Els ventres de la terra (The Bellies of the Earth, 2000), L'arbre sense tronc (The Tree without a Trunk, 2001) and Una llengua de plom (A Tongue of Lead, 2002); the three novels were later published as the De fems i de marbres trilogy (On Manures and Marbles, 2003). Serés won the National Literature Prize for his anthology of short stories, La força de la gravetat (Force of Gravity, 2006). Other accolades have included the Octavi Pellissa Prize for the articles collected in La matèria primera (Raw Material, 2007and the Serra d’Or Critics’ Prize and the City of Barcelona Prize for Fiction for Contes russos (Russian Stories, 2009). Additional publications include the play Caure amunt. Muntaner, Llull, Roig (Falling Up: Muntaner, Llull and Roig, 2008), Mossegar la poma (Bite the Apple), El llarg viatge d’A (A’s Long Journey), and most recently, La pell de la frontera (Traversing the Border). His works have been translated into Spanish, English, French and Italian, and he has collaborated with media outlets such as El País, Ara and TV3 as well as cultural magazines including L’Avenç, La maleta de Portbou and El món d’ahir.

Since 2016, he has been the Director of the Faber Arts, Sciences and Humanities Residency of Catalonia in Olot. The Faber Residency is supported by the Olot City Council’s Cultural Department in collaboration with the Government of Catalonia’s Ministry of Culture. Over the last two years, it has welcomed nearly two hundred residents from the far-flung corners of the globe working in diverse disciplines including robotics, religious studies, dance, mathematical theory, pedagogy and cultural studies. The residency has hosted programs in Olot, la Garrotxa, and the provinces of Girona and Barcelona. 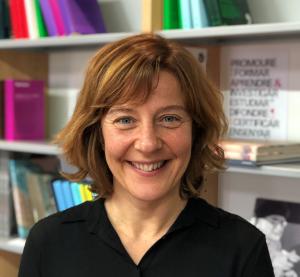 Izaskun Arretxe Irigoien (Barcelona, 1969) holds a Degree in Catalan Philology from the University of Barcelona, and a Master’s Degree from La Trobe University, Melbourne with the dissertation “The Theory of Love in the Poetry of Ausiàs March”. She was a Catalan teacher at this university between 1993 and 1995.

She headed the editorial and production department at the publishing house Quaderns Crema (1997), and was part of the editorial and production team at Editorial Anagrama (1998-2003). She then became the general manager of Critèria (2003-2007), and finally editorial director of Ara Llibres (2008-2016). Between 2012 and 2014 she was a member of the Board of Directors of the Catalan Publishers Association, and its Vice-President from 2014 to 2016.

Director of the Language and Universities: Ariadna Puiggené 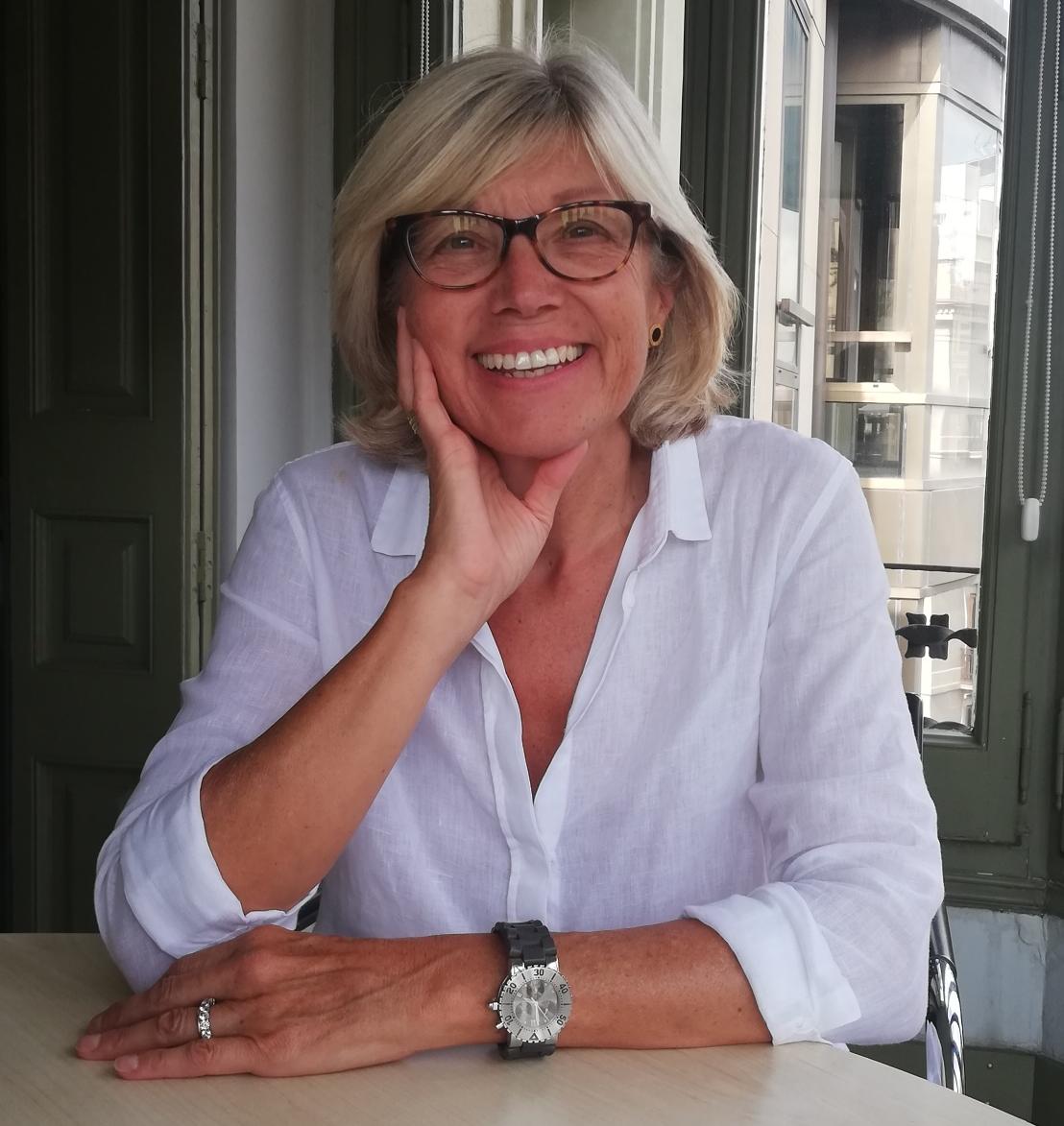 Ariadna Puiggené received her undergraduate degree in Catalan Language and Literature from the University of Barcelona (1982) and a Master’s degree in Public Administration (2014-2015) from ESADE. She also studied at the University of Toulouse-Le Mirail (Diplôme d'études universitaires générales en lettres modernes; Diplôme pour l'enseignement du français à l'étranger) and trained at the Government of Quebec’s Office de la langue française.

In 1983, she joined the Government of Catalonia’s Directorate General for Language Policy, where she spent 16 years designing, developing and managing the TERMCAT Centre for Terminology. Projects included the creation of methodological criteria for terminological standardization, the design and development of the BTERM terminological database, and the CERCATERM online query service. Puiggené has also participated in European Commission projects on linguistic engineering and delivered lectures and workshops on terminology at numerous conferences and symposia.

In 2002, Puiggené became the IRL’s Coordinator of the Language and Universities Department. In this position, she has overseen initiatives to promote the teaching of Catalan language and literature in universities worldwide and provided support to universities, teaching staff and students through various programs and subsidies.