Joan Manén is one of the most paradigmatic cases of how an artist with great fame and recognition during his life time can fall into absolute oblivion after his death. Years later, after receiving a Deutsche Grammophon CD collection from his grandfather for his 16th birthday, Marc Migó became unexpectedly and passionately drawn to its contents; three years later, he enrolled at ESMUC (Superior Music School of Catalonia). Joan Manén: Catalan Concertinos and Fantasías, CD released in 2021, features music by both composers Joan Manén and Marc Migó, interpreted by Kalina Macuta at violin, and Daniel Blanch at piano, among others. 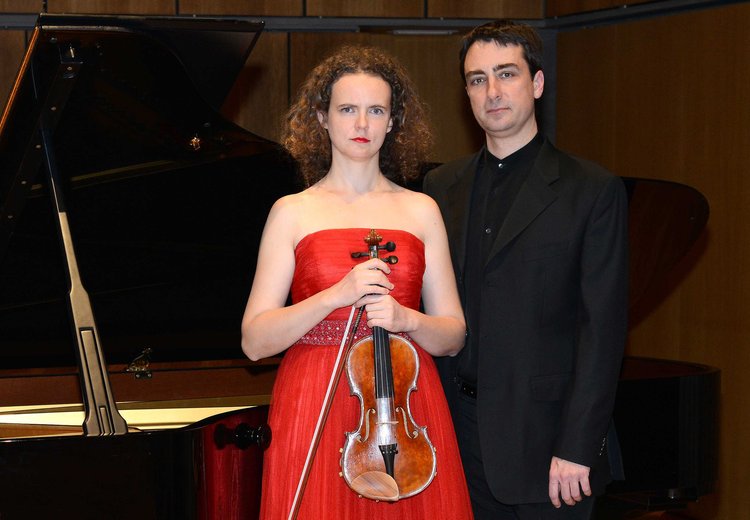 Manén had one of the most prestigious international careers among Spanish violinists of all times, with more than four thousand concerts in Europe and America.

Joan Manén's works span a period of over fifty years and their stylistic profiles expose a wide range of influences and the assimilation of many different aesthetics into a resulting eclecticism. The influences of Germanic, French, Spanish and Catalan music are deeply present, nevertheless, Manén has a personal composition style with an original harmonic development that defines his work. In his music we find a formal solidity of Germanic influence, a talent for thematic development and some very characteristic rhythmic and melodic elements, of great personality and inspiration.

In 2017, thanks to a scholarship issued by Fundación SGAE, Marc moved to New York in order to continue his musical studies. He pursued his Masters at The Juilliard School, where he was awarded the 2018 Orchestral Composition Prize. In 2019 he received The Pablo Casals Festival Award for his Cello Sonata “Cerdanyenca”, a Morton Gould young composers award by ASCAP and the New Juilliard annual commissioning competition award. He also has been a fellow at the 2020 Minnesota Orchestra Composer’s Institute, a winner of the George Enescu Prize 2020, and the recipient of the first ever Dominick Argento Fellowship for Opera Composition (2022), among other international recognitions.