The events marking the 25th anniversary of Quartet Casals will close with a concert in the Konzerthaus Gendarmenmarkt in Berlin on Thursday, 17th November. 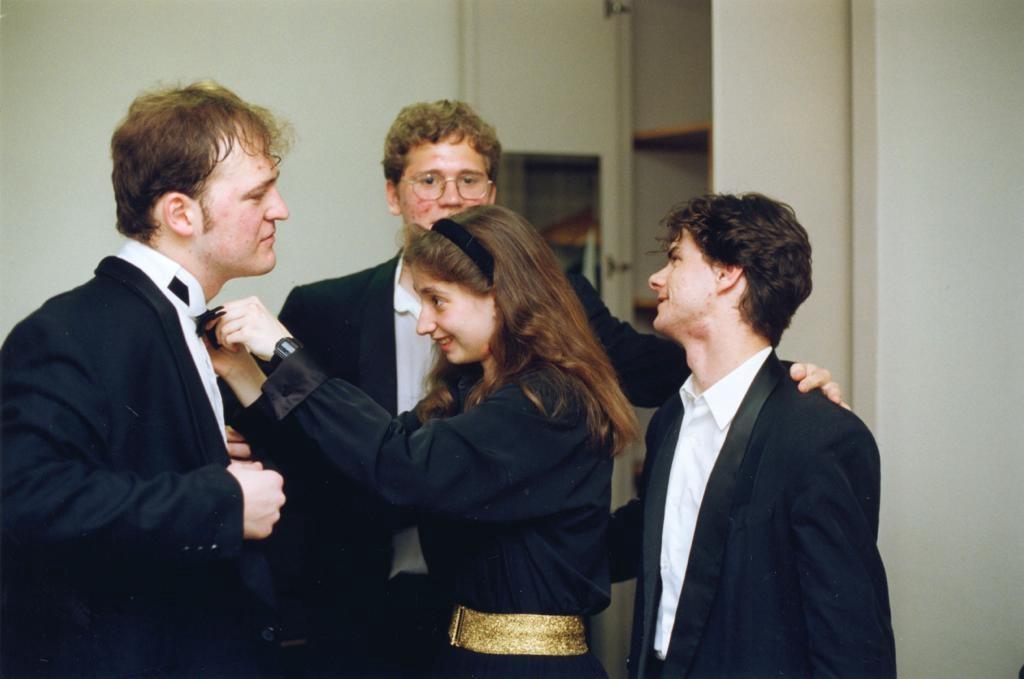 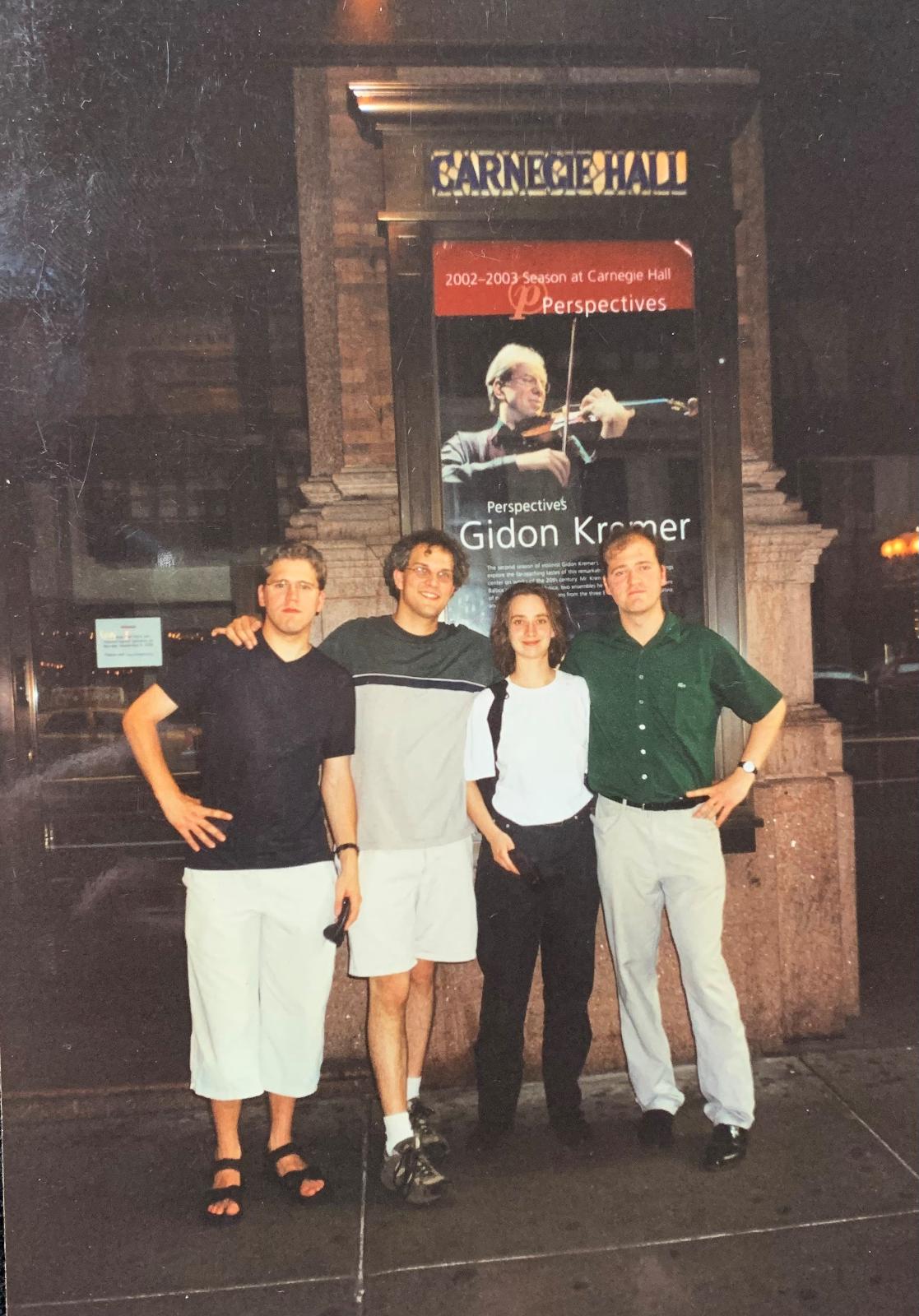 The internationally acknowledged Catalan string quartet, Quartet Casals, formed by Vera Martínez Mehner and Abel Tomàs Realp, violins; Jonathan Brown, viola, and Arnau Tomàs Realp, violoncello, is culminating the celebration of its 25th anniversary on Thursday 17th November in Berlin. The German city has been fundamental in its career.

With the collaboration of The Institut Ramon Llull, the Quartet Casals will play a concert at the prestigious Konzerthaus Gendarmenmarkt featuring the program “Art of the Fugue” by Johann S. Bach. Whit this, the Catalan quartet celebrates a quarter of a century on the stage. The concert will be held at eight pm, followed by a reception in The Beethoven Hall. Berlin headquarters Impresariat Simmenauer, the most relevant artist management agency for chamber music, representing Quartet Casals.

It is not by hazard that “Art of the Fugue” will feature in Germany. Since the foundation of Quartet Casals, the four musicians never ceased to broaden the repertoire of their genre as well as to explore new territories and languages in an evolutionary process constantly leading to assume challenges as the publication of the recording of this work of reference, released as usually by Harmonia Mundi. The recording was conducted last March at the Collegiate Church in Sant Vicenç de Cardona.

The events in Berlin are part of the program organised by Quartet Casals in 2022 on the occasion of the 25th anniversary. Besides the concerts at the Chamber Season of the Auditori de Barcelona, where they are based, and the annual participation at the Schubertiada in Vilabertran, this year with a special program in collaboration with the pianist Christian Blackshaw, in September the Quartet Casals curated the second International Biennale of String Quartets of Barcelona with the Auditori.

Since winning first prizes at international competitions in London and Hamburg, the Quartet Casals, which was founded in 1997 at the Escuela Reina Sofía in Madrid, has been regularly invited to the world's most prestigious concert halls including Carnegie Hall (New York,) Philarmonie (Berlin), Cité de la Musique (Paris), Konzerthaus and Musikverein (Vienna), Concertgebouw (Amsterdam) and Suntory Hall (Tokyo) among many other cities in the world.

The highlights of their recent seasons include a cycle of the 10 late Mozart quartets at the Pierre Boulez Saal in Berlin, John Adams “Absolute Jest” with the Barcelona Symphony Orchestra and tours throughout Europe and North America. The Quartet has compiled a substantial discography with the Harmonia Mundi label, with the publication of 12 CDs so far, featuring repertoire ranging from less known composers such as Arriaga and Toldrà to Viennese classics Mozart, Haydn, Schubert, and Brahms, not to forget the 20th Century great names Debussy, Ravel, and Zemlinsky.

Also, stands out the live recording of a series of DVDs recording the complete Schubert quartets, for Neu Records. In 2020, Harmonia Mundi released to great critical acclaim the final instalment of Quartet Casals’ three-volume survey of the complete Beethoven quartets entitled “Inventions”, “Revelations”, and “Apotheosis”, respectively. In the following year, the quartet released the second part of its recording of the six Mozart quartets dedicated to Haydn, a performance that Strad magazine described as "a poignant distillation of the music’s very essence."

The prestigious prize from Borletti-Buitoni Trust in London enabled the Quartet Casals to use Baroque and Classical period bows to perform works by authors ranging from Purcell through Schubert. This practice brought the group a new acoustic dimension improving its ability to display different musical styles. The Quartet Casals has also been influenced greatly by living composers such as György Kurtág, and has given the world premieres of leading contemporary Spanish composers, including a concert for string quartet and orchestra by Francisco Coll, premiered with the Orquesta Nacional de España, as well as commissions by Maurici Sotelo, Benet Casablancas, Dahoud Salim, Lucio Amanti, Aureliano Cattaneo and Matan Porat.

In recognition of its work for cultural dissemination, the members of the Quartet Casals have been honoured as cultural ambassadors by the Generalitat de Catalunya and The Institut Ramon Llull. Previously, Quartet Casals obtained the National Music award granted by the Ministerio de Cultura (2006), as well as the City of Barcelona Award (2005) and the National Culture Award of Catalonia (2016). The quartet performs annually at the Royal Palace of Madrid with the extraordinary collection of Stradivarius instruments. In addition to giving masters classes, Casals is quartet of residence at the Koninklijk Conservatory in The Hague and at The School of Music of Fiesole and the Escola Superior de Música de Catalunya in Barcelona, city where the four members live.