Winner of the Golden Bear at this year’s Berlinale Festival, Alcarràs, Carla Simón’s follow-up to her acclaimed childhood drama Summer 1993 is a ruminative, lived-in portrait of a rural family in present-day Catalonia whose way of life is rapidly changing. Meanwhile, Catalan filmmaker Albert Serra reconfirms his centrality in the contemporary cinematic landscape with this mesmerizing portrait of a French bureaucrat (a monumental Benoît Magimel) drifting through a fateful trip to a French Polynesian island with increasing anxiety. 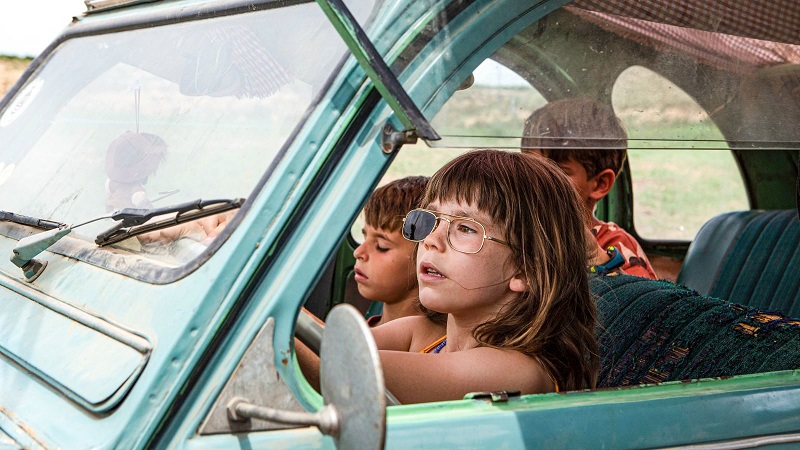 The Solé clan live in a small village, annually harvesting peaches for local business and export. However, their livelihood is put in jeopardy by the looming threat of the construction of solar panels, which would necessitate the destruction of their orchard. From this simple narrative, pitting agricultural tradition against the onrushing train of modern progress, Simón weaves a marvelously textured film that moves to the unpredictable rhythms and caprices of nature and family life.

Like Carla Simón's (b. Barcelona, 1986) first feature film (Summer 1993), Alcarràs is a story based on personal experience, in this case, the death of her grandfather, as she explained to the Catalan News Agency (ACN) in an interview in Berlin.

"The loss of my godfather, who had always worked in the fields, made me appreciate his legacy and I wondered if those trees would really be there forever. And the answer, probably, is no," Simón said.

Her film, with a cast made up of non-professional actors, delves into the loss too of an entire way of life – small-scale family farms.

Pacifiction charts the various uneasy relationships that develop between Magimel’s autocratic yet avuncular High Commissioner, De Roller, and the Indigenous locals (including nonprofessional actor Pahoa Mahagafanau in a hypnotic breakthrough as De Roller’s trusted right hand and maybe lover) who operate essentially under his faux-benevolent thumb, many of whom we meet at a resort that caters to the prurient exoticism of foreign tourists. Serra’s gripping, atmospheric thriller is a slow-building fever dream that lulls before catching us by surprise with the depths of its darkness, a film that allows its incisive social commentary about the remnants of colonialism to surface through quiet observation and aesthetic audacity. A Grasshopper Film and Gratitude Films release.

The New York Film Festival is a film festival held every fall in New York City, presented by Film at Lincoln Center. Founded in 1963 by Richard Roud and Amos Vogel with the support of Lincoln Center president William Schuman, it is one of the longest-running and most prestigious film festivals in the United States.

Presented by Film at Lincoln Center