Since its founding in 1992, Art Omi Writers (previously known as Ledig House) has hosted hundreds of authors and translators, representing more than fifty countries. The colony's strong international emphasis reflects the spirit of cultural exchange that is part of Ledig's enduring legacy. The collaboration between Institut Ramon Llull and Art Omi started back in 2010. Since then, Art Omi has hosted at least one Catalan author per year. Some of the Catalan writers in residence have been Gemma Gorga, Francesc Serés, Marc Pastor, Anna Ballbona, Albert Forns, Sebastià Alzamora, Marina Espasa, Anna Aguilar-Amat, Mònica Batet, Marta Carnicero, Sebastià Portell, Martí Domínguez and, last year, Núria Perpinyà and Irene Solà. 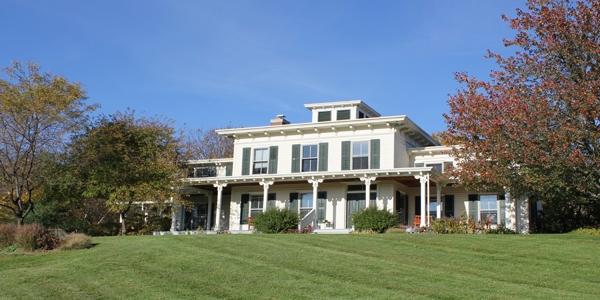 Jordi Cabré was born in Barcelona in 1974 and currently works as a lawyer. He is one of the most outstanding writers within the new generation of Catalan language authors, having been a runner and winner of many of the most important literary prizes in Catalan. He writes for several newspapers, and also collaborates in several radio and TV program about politics and current events. The list of Cabré's books include Postal de Krypton (Edicions del Bullent, 2000), Finalist of the Enric Valor Prize; La pregària del Diable (Edicions Proa, 2003), Winner of the El Lector de L'Odissea Prize; Rubik a les palpentes (Edicions Proa, 2004), Finalist of the Sant Jordi Prize; El virus de la tristesa (Edicions Proa i Editorial Moll, 2006), Winner of the Ciutat de Palma-Llorenç Villalonga Prize; Després de Laura (Edicions Proa, 2010), Finalist of the Sant Jordi Prize; Digues un desig (Enciclopèdia Catalana i Òmnium, 2019), Winner of the Sant Jordi Literary Prize, and Sense Fi (Univers, 2021)

Monika Zgustova won the Calamo and the Amat-Piniella Awards for the best novel of the year, as well as the Mercè Rodoreda award for short stories.Her literary works (eight books of fcition, three of non-fiction, and a play) have been published in ten languages. Four of her books have been translated into English: Dressed for a Dance in the Snow (Other Press, 2020), The Silent Woman and Goya's Glass (Feminist Press, 2014 and 2012), and Fresh Mint with Lemon (Open Road, 2013). Zgustova was born in Prague and studied comparative literature in the United States (University of Illinois and University of Chicago). She then moved to Barcelona (Catalonia, Spain), where she writes for El País, The Nation, and CounterPunch, among others. As a translator of Czech and Russian literature into Spanish and Catalan—including the writing of Havel, Kundera, Hrabal, Hašek, Dostoyevsky, Akhmatova, Tsvetaeva, and Babel—Zgustova is credited with bringing major twentieth-century writers to Spain.

Jordi Cabré and Monika Zgustova will be in residence in September 2022.