A Skin Poem for a Cosy House by Los Escultores del Aire, at Jersey City Theater Center this fall

"Faced with global paralysis and uncertainty, we decided to catalyze all emotions and transform our own home into the rehearsal room. We turned captivity into an artistic residency by giving a creative spin to the situation and transforming limitation into opportunity. The show began to come to life in the living room of our house, our furniture became our decoration, our days the fieldwork for dramaturgy, and our confinement the time we longed to dedicate ourselves to creating without any distractions. Skin Poem for a Cosy House is a show full of resilience, simplicity, and hope." -- Los Escultores del Aire 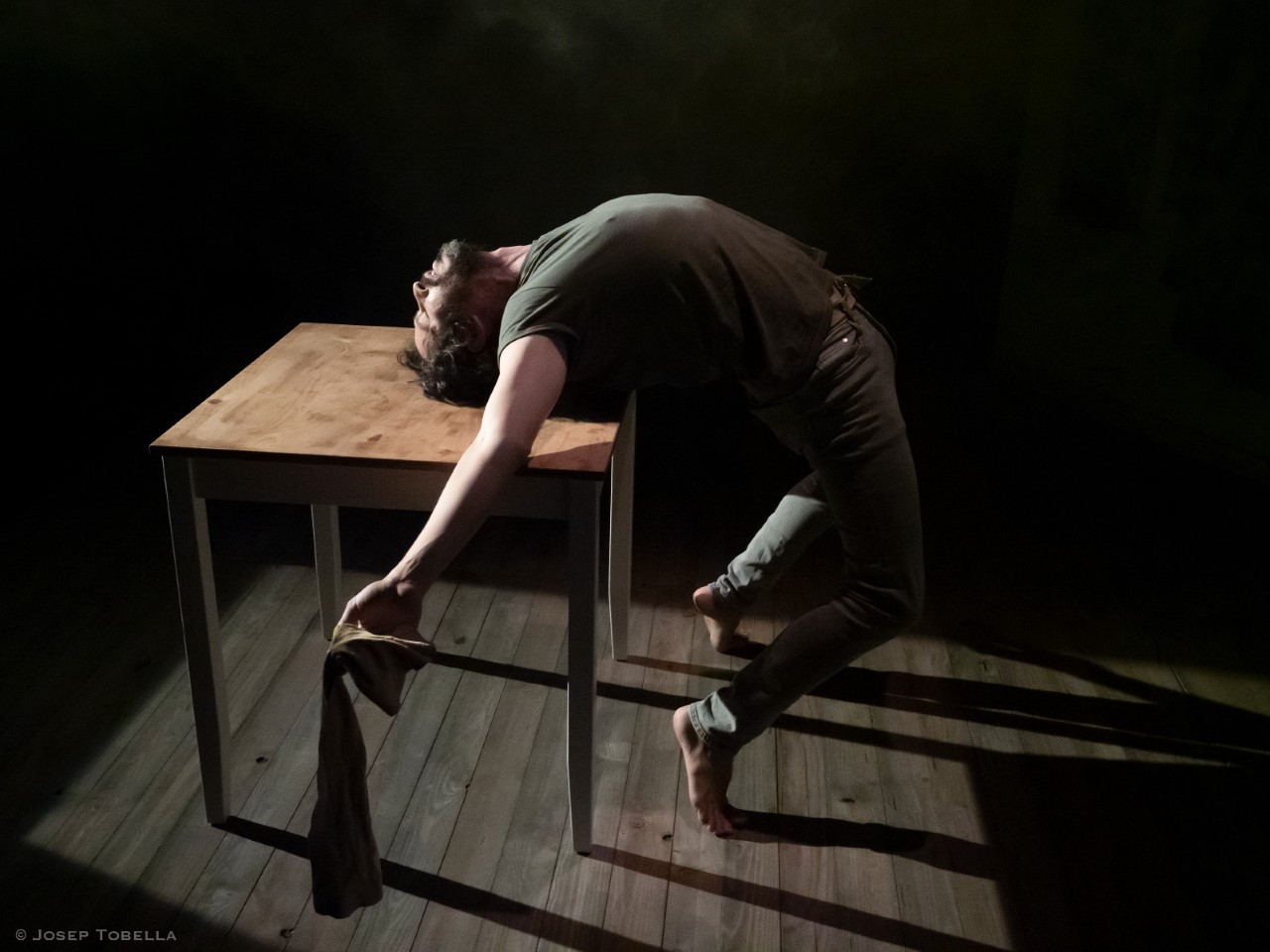 With their sixth production, Skin Poem for a Cosy House, Los Escultores del Aire close their trilogy on memory. Skin Poem for a Cosy House is a journey through the five stages of grief: denial, anger, negotiation, depression, and acceptance. A couple lives in a small apartment. They get up, go to work, go back home tired, and then start all over again. One day he forgets to arrive on time to celebrate his birthday. The couple argues; she gets frustrated by the preparations for a failed celebration. Angry, she decides to go out for some fresh air. She leaves without saying goodbye or apologizing. She never returns; she unexpectedly dies in an accident. He must live on with her memory and the pain of her sudden departure. Surrounded by shared memories, his little house becomes a museum of mixed feelings, which, together with her belongings, must be put away in a box, symbolically saying goodbye.

MAI ROJAS has a degree in speech theater from the Royal High School of Performing Arts in Madrid and a degree in corporeal mime from the International School of Corporeal Mime. He has worked as a performer for Cirque du Soleil and as a creator with his company Los Escultores del Aire. He has won several awards in New York, Germany, Spain, and Macedonia in the category of Best Performer, Best Director, and Best Show.

RAFFAELLA CRAPIO has a degree with honors from the Institut de Teatre de Barcelona, and a master´s degree in theatrical therapy awarded by ISEP. She has performed with Pere Faura at the Mercat de las Flores, and Dorottya Kiss in Amsterdam, and has been a guest soloist at the International Solo Tanz Theater Stuttgart in Germany, the Mabiyaa and Primate Escénico in Mexico, and the Gdansk Festival in Poland. Awards: Like Dance Fest for her artistic career and social involvement through dance.

THE COMPANY:
The mission of Los Escultores del Aire is to share their way of understanding art through their shows and workshops, with the desire to excite and make people´s hearts vibrate through the universal language of movement.
Their work is based on the miscegenation of different performing arts. Their shows have been performed and awarded in Spain, the United Kingdom, Portugal, the United States, Germany, Macedonia, Morocco, Italy, Andorra, Colombia, Poland, Sweden, Puerto Rico, and Costa Rica. Each body has stories to tell. Los Escultores del Aire proposes a space for meeting and exchange that lives and breathes between the performer and the viewer.

A Skin Poem for a Cosy House by Los Escultores del Aire.