Swap house keys or expropriate money from banks, some of the actions proposed by Catalan artists in Manifesta

Pristina hosts the Nomadic Biennial, which starts in July 22nd and includes the artistic projects of Lúa Coderch, Núria Güell, Luz Broto, and Werker Collective, all of them in collaboration with the Llull. 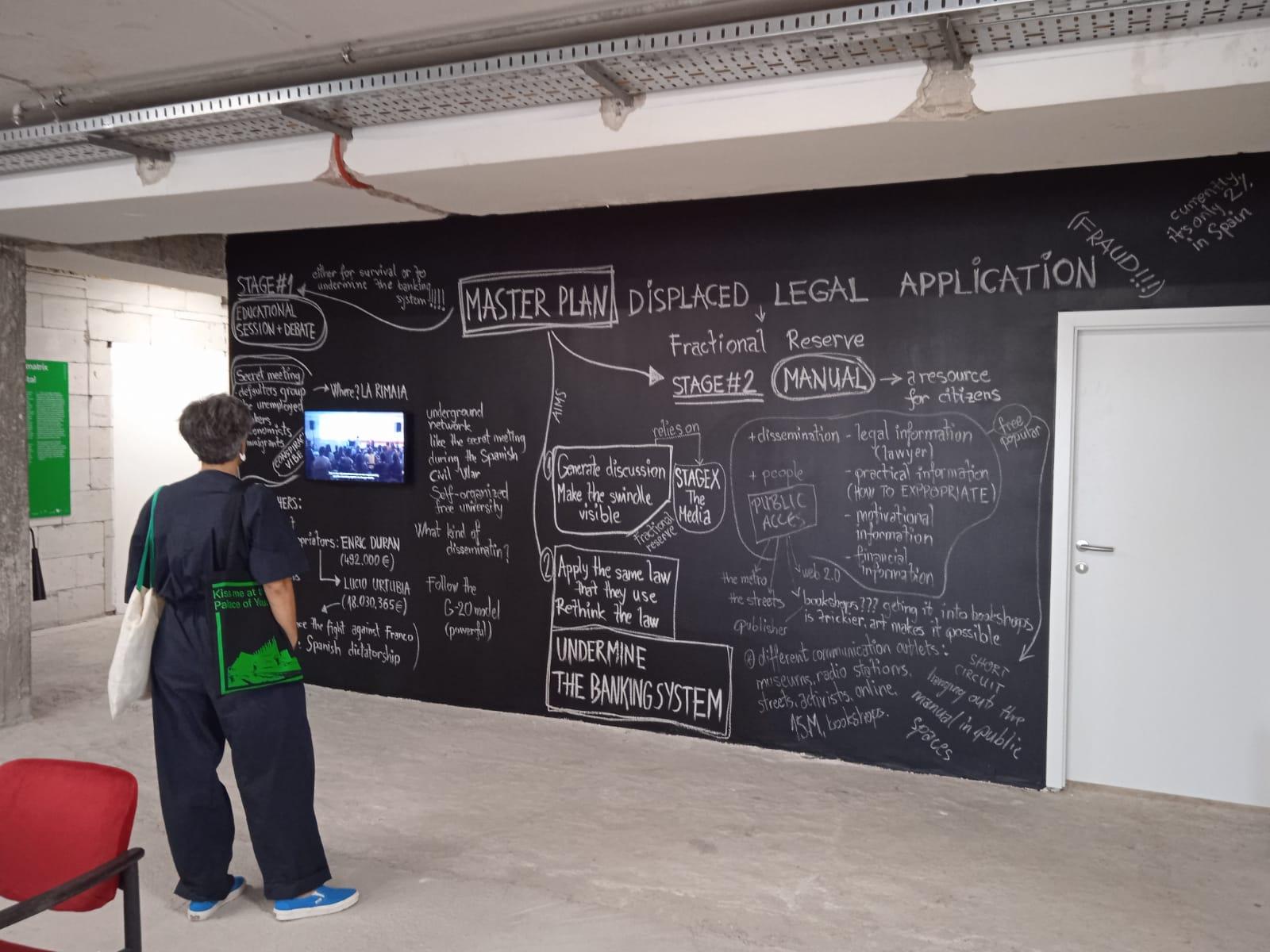 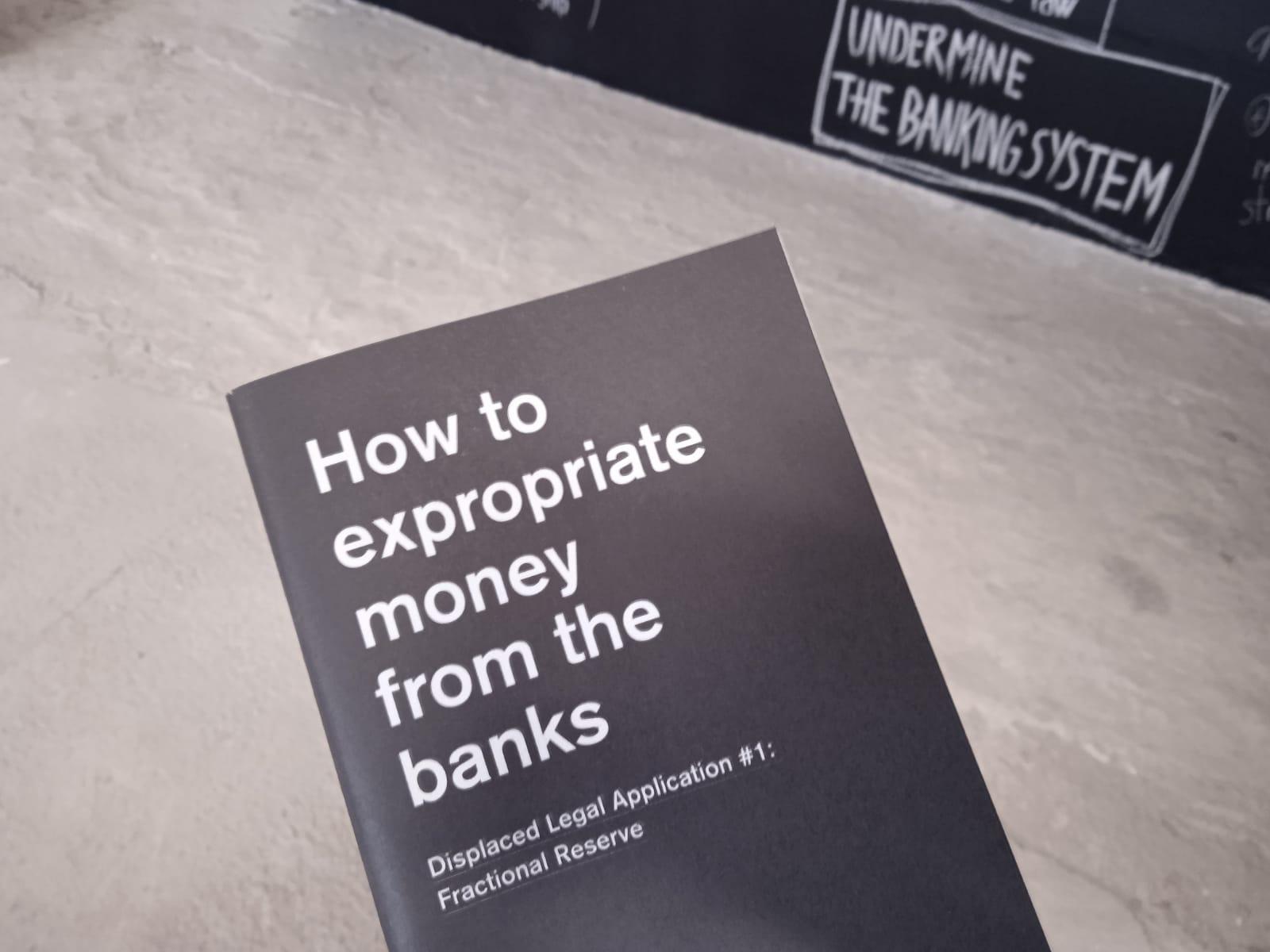 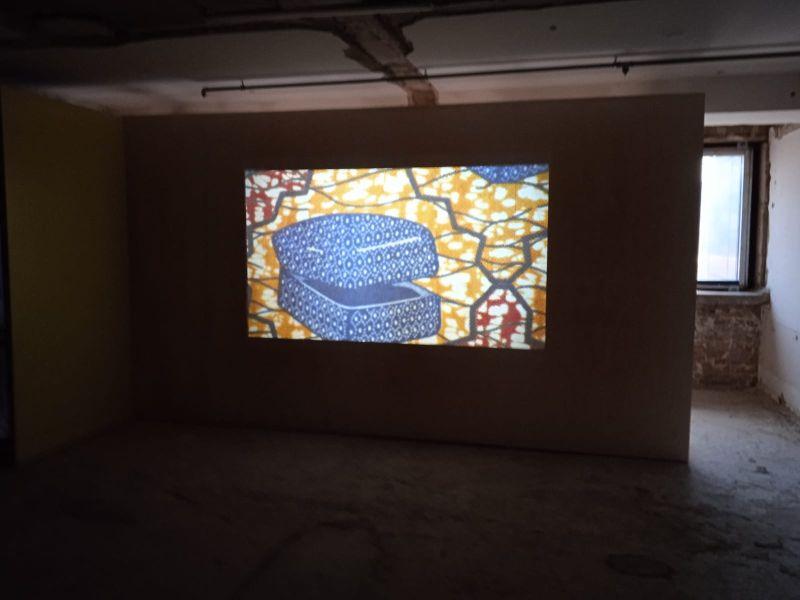 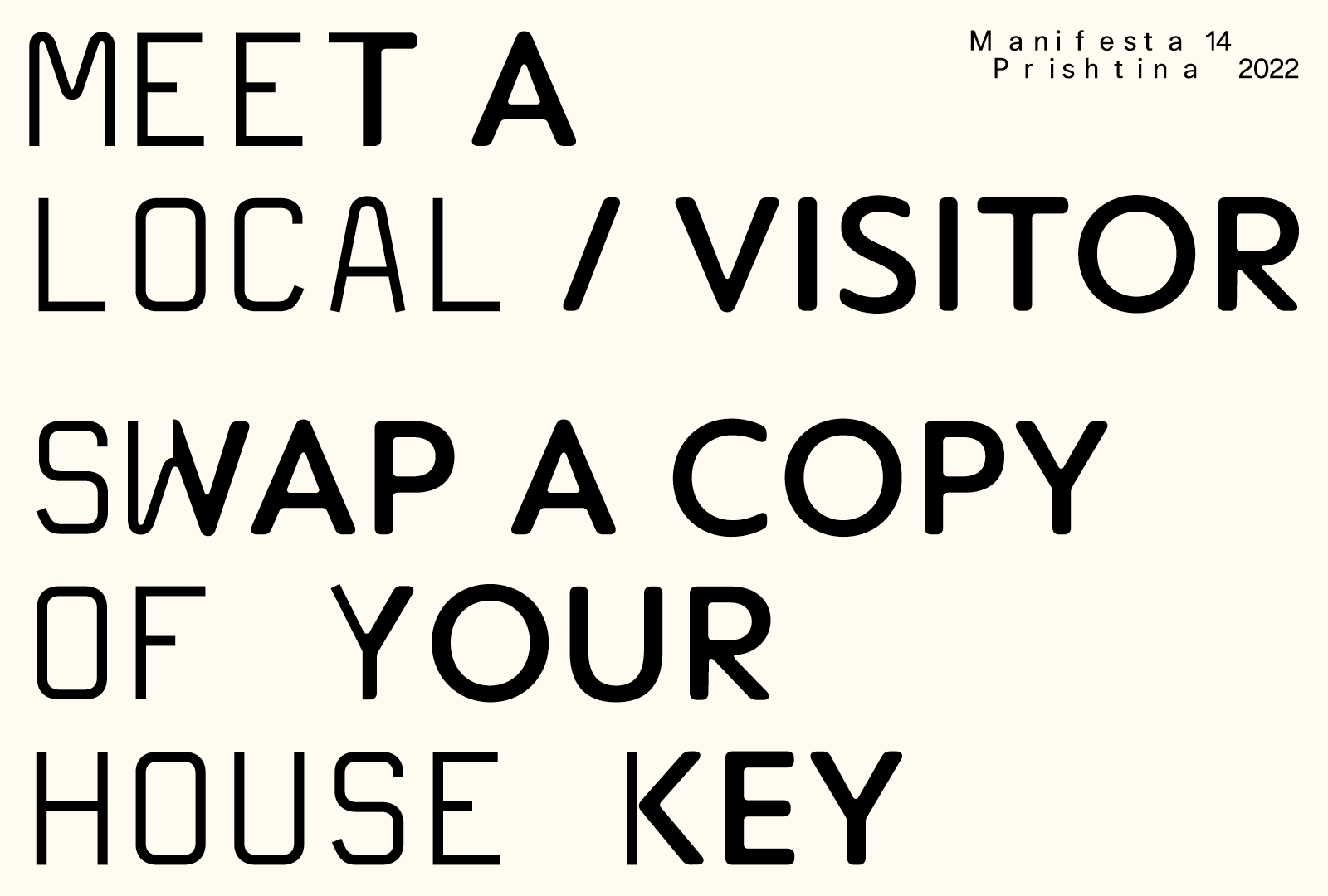 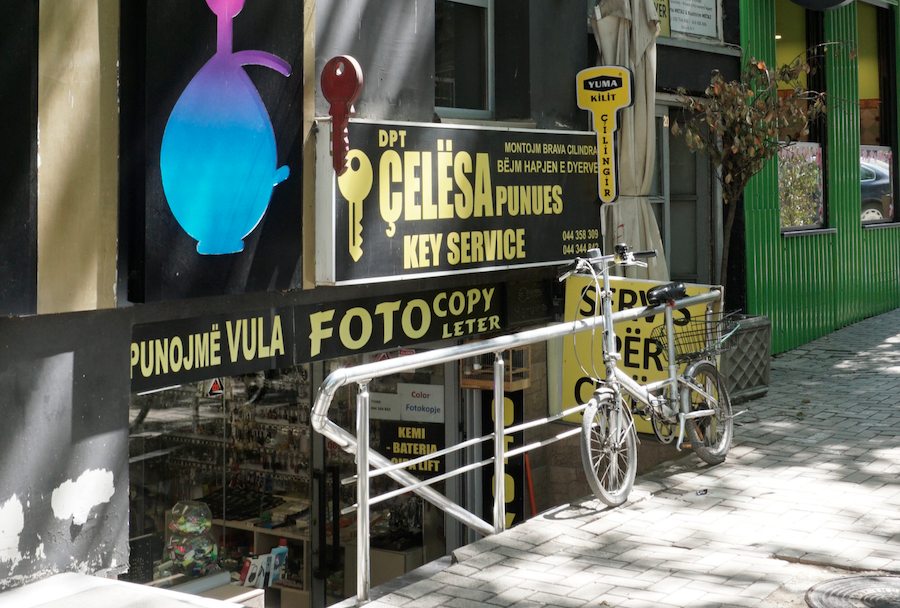 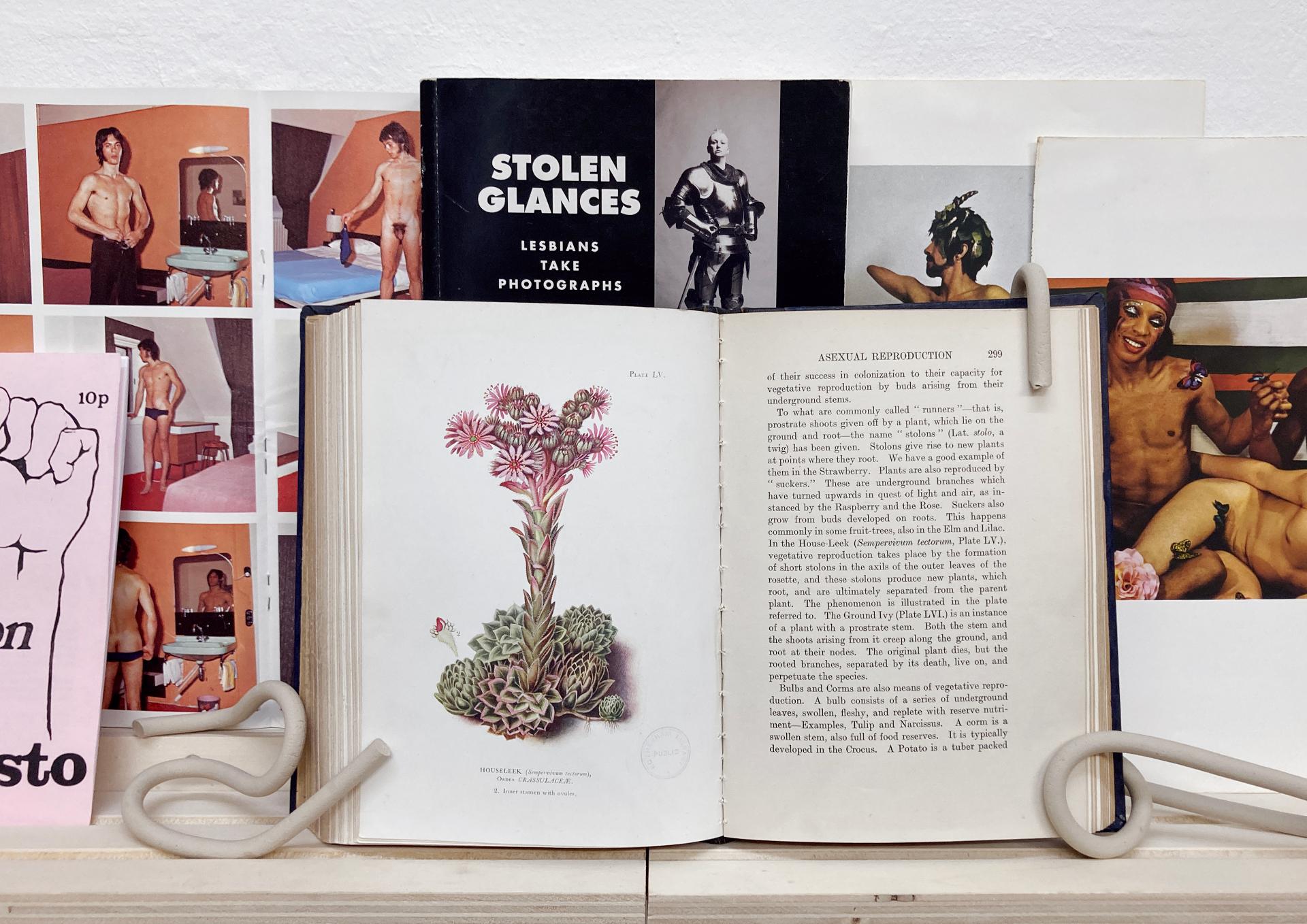 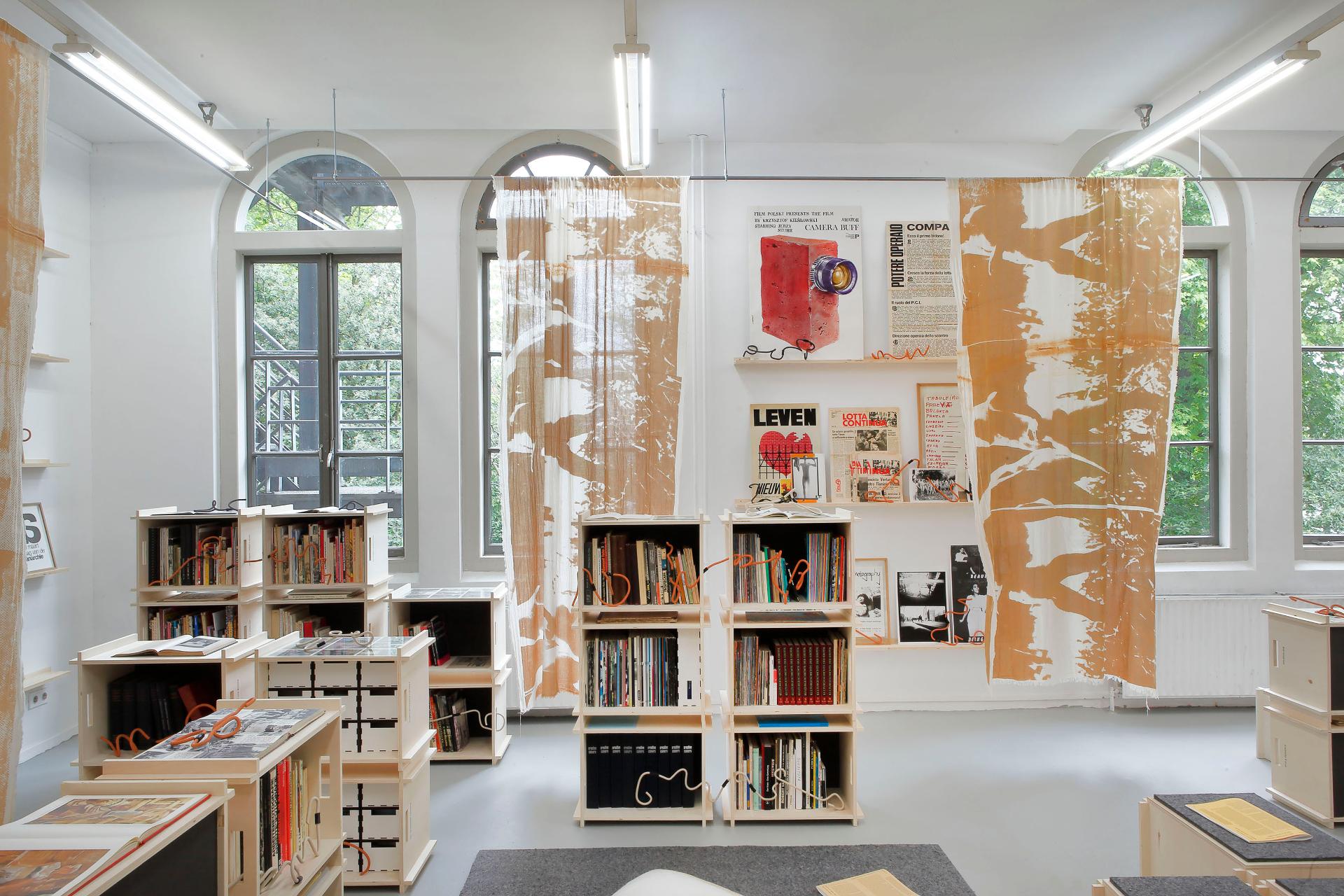 Swap copies of house keys with Kosovar citizens or explaining in detail how they can be expropriated from banks are two actions proposed by Catalan artists at Manifesta 14. On its 2022 edition, Manifesta, the European Nomadic Biennial, gets to Pristina (Kosovo), which is thus claimed as a cultural capital in the Balkans and in Europe. From July 22nd, there will be a 100-day programme with art, performances, events and workshops with the goal of empowering citizens to reclaim public space. Within its fourteenth edition we can find four Catalan artistic proposals: Lúa Coderch, Núria Güell, Luz Broto, and Werker Collective. They all participate in collaboration with the Llull.

This edition of Manifesta has the title it matters what worlds world worlds: how to tell stories otherwise, and it focuses in narration, narrative practices, memory, thinking, politics, and the ways of entering and being within the public sphere.

The programme includes numerous urban artistic interventions within public space around the city. A key element of the Biennial will be the thematic exhibition “In the grand scheme of things” at the iconic Grand Hotel. The exhibition spreads over the seven floors of the building and it reviews a theme per floor: transition, migration, water, capital, love, ecology, and speculation.

In 2022, the Biennial aims to support citizens of Kosovo with the ambition of recovering public space and rewriting the future of its capital as an open-minded metropolis in the Balkans and in Europe.

Manifesta was created at the beginning of the 90’s as a response to the political, economical, and social changes resulting of the end of the Cold War, certified with the fall of the Berlin Wall (1989) and the subsequent steps towards the European integration. Since then, the event has become an itinerant platform focused in the dialogue between art and society in Europe.

The work of Lúa Coderch, “Gold” (2014), will be part of the exhibition Mercedes matrix – on capital. What is the required amount of work in order to produce an image? Gold is a videographic narration on how value and charm are generated, and what is their relation to distance, opacity and appearance. As a chain of ideas and anecdotes, the narration overlaps a series of views upon a closed space, as if it was a study, a warehouse, or an exhibition only accessible through filmed images.

“Gold” entails the attempt of Lúa Coderch to recreate images from the memories that were never created, where the artist reflects on the construction of fiction from her origins and the relation between appearance and reality, like the fiction of gold created through alchemy.

The work by Núria Güell “Displaced Legal Application #1: Fractional Reserve” is part of the exhibition Mercedes matrix – on capital. Güell defines a master plan to apply the fractional reserve system to banks, the same law banks apply to their customers and what allows them “creating money out of nowhere, producing them as debt and slavery of population”.

In order to do so, the artist created various media to inform and educating citizens on how to expropriate money from banks. The first phase was based in an educational meeting entitled “How to expropriate money from banks”, with the well-known expropriators Lucio Urtubia and Enric Duran, as well as the economist Qmunty. It served to explain different expropriation strategies, legal consultation, and analytical texts on the issue.

The proposal by Luz Broto, “Swap keys”, focuses on the visitors that will be in Pristina in contrast with local citizens, who can’t travel abroad – citizens of Kosovo need a visa in order to travel. Broto’s plan is to exchange keys between pairs of people: a local and a foreigner meet, they agree to make a copy of the keys, and then they commit to the exchange. The Catalan artist uses a local locksmith for the copies and she involves youth of the city to find pairs and take charge of the exchange. The action will last during the 100 days of Manifesta, creating a new spectrum of possible future relations.

This proposal is the continuation of the exhibition and book “Posar-se al lloc de l’altre”, exhibited at the Museu de Granollers (December 2021 – April 2022). In 2014, Luz Broto returned to her old school, the Institut Celestí Bellera de Granollers, and she invited 70 first-grade students to spend “70 days away from home”. For almost three months, the group was together under this project to explore and decide how and to what extent it was possible to generate a shift system in which every afternoon, instead of going home, each student could take the place of someone else, of someone next to them or someone they still didn’t know.

Archiving and counter-archiving are essential for the practice of Werker Collective, a project founded by Marc Roig Blesa and Rogier Delfos in 2009. Their work revolves around a collection –in constant expansion– of books, pictures, magazines and other printed materials about themes such as work, solidarity, and the body. Made out of a couple thousands of documents, the archive is constantly activated by people who work in different constellations to collectively explore marginalised stories and creating new political imaginaries. These explorations take the shape of workshops and publications, performances and installations. In Pristina, a city where archives are especially vulnerable and usually absent, destroyed or invisible, Werker will focus their attention in the historiography of love. Various groups of people from different fields brought a box of archive material related with both romantic, familiar, or social love. Schools, families and community groups are invited to place these materials in constellation shelves of changing narratives. The boxes, shelves and methodologies will stay at the Centre for Narrative Practices as permanent tools of participatory archive and collective narrative.