The 2022-year edition of Panoràmic –the festival held in Granollers that reflects on the relationship between cinema and photography – will be present at two of the most relevant European events on photography: Rencontres d’ Arles (France) and Grenze Arsenali Fotografici in Verona (Italy) with the collaboration of Institut Ramon Llull. 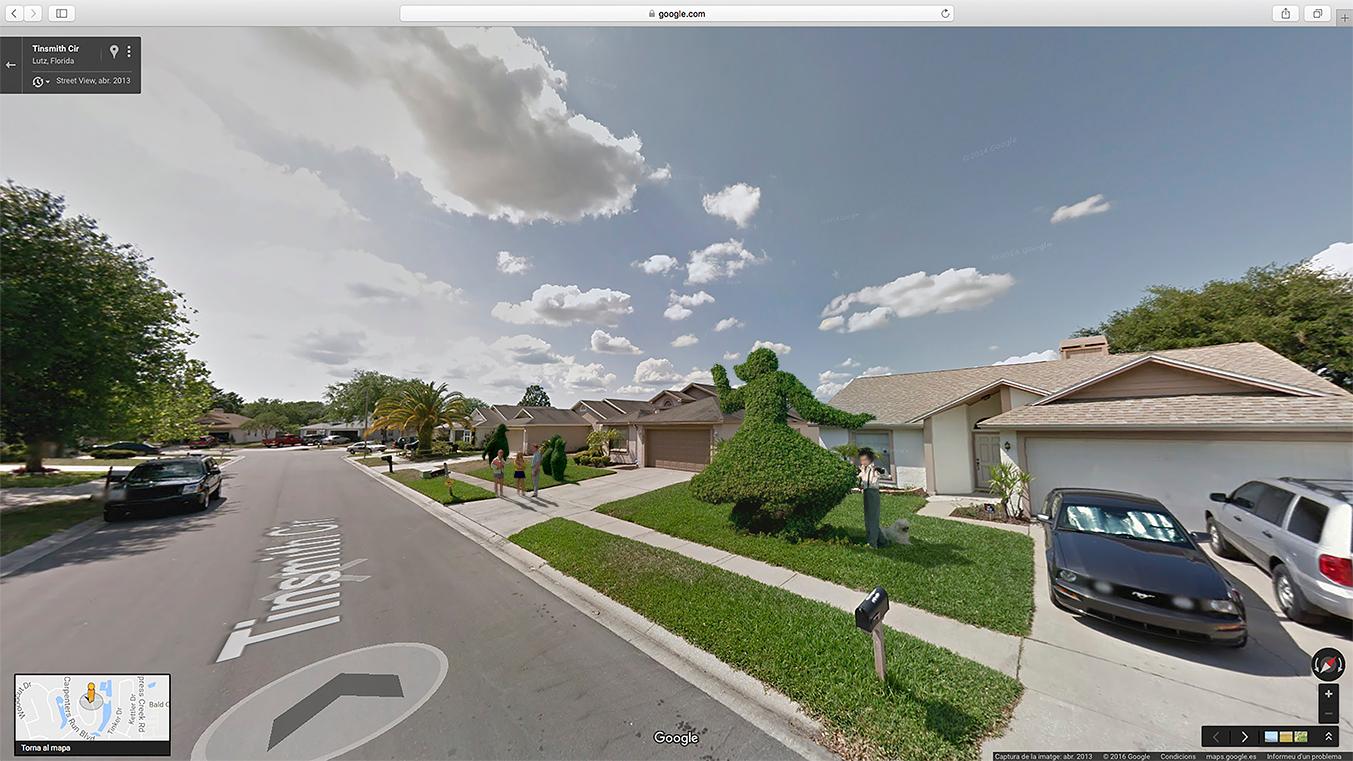 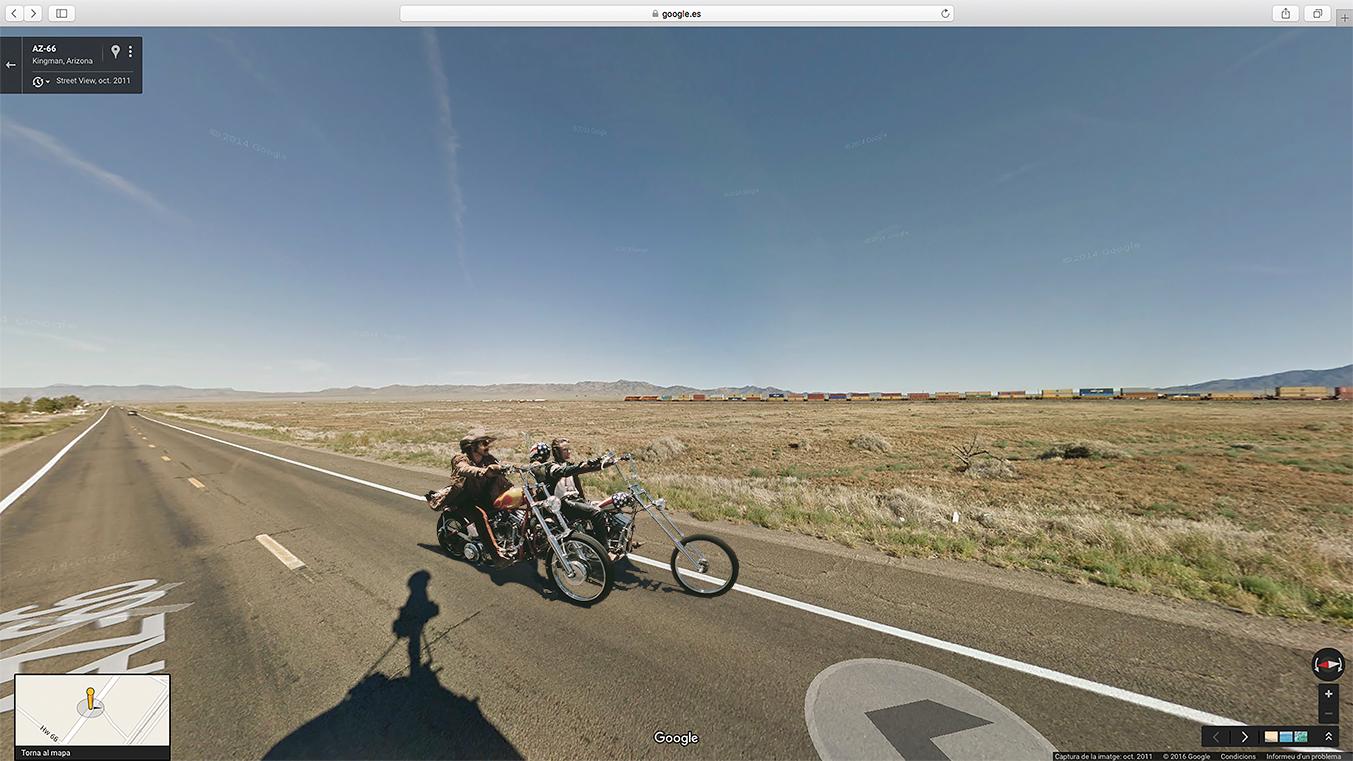 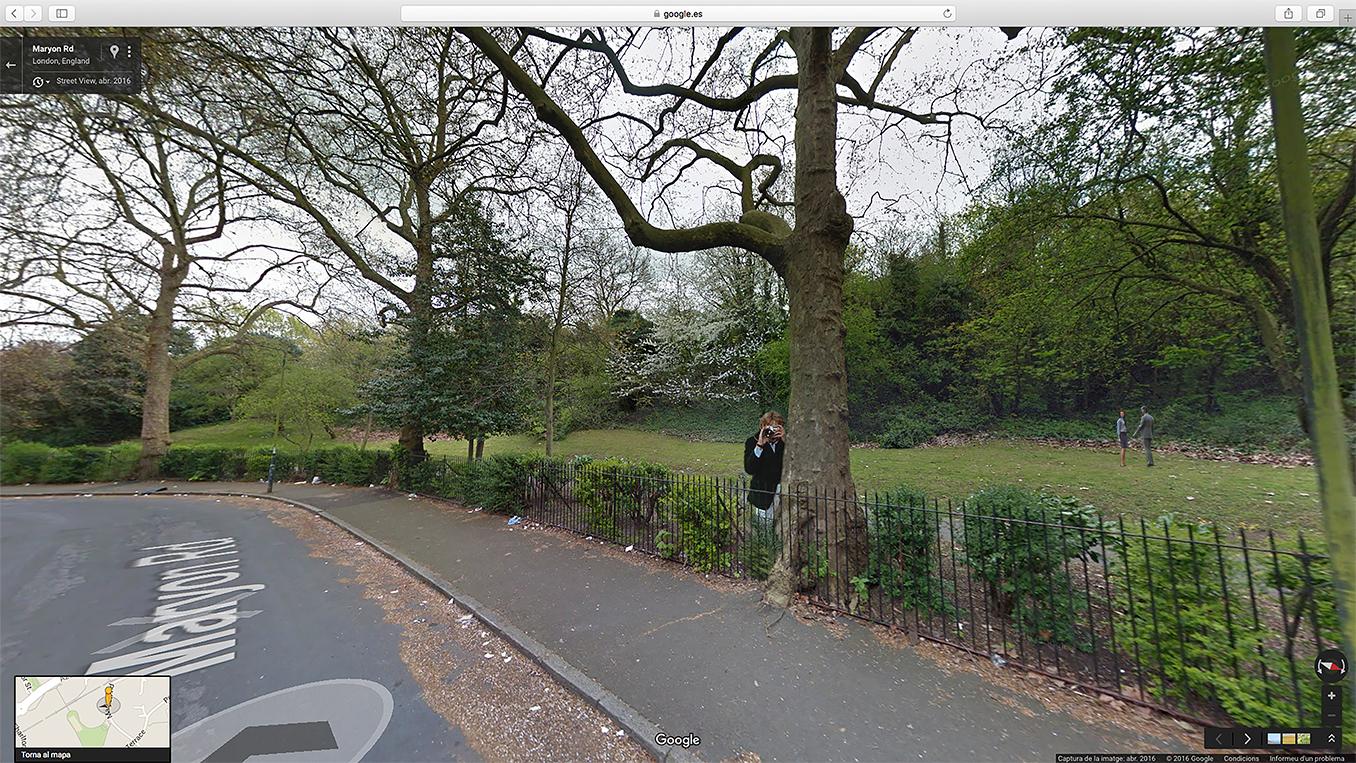 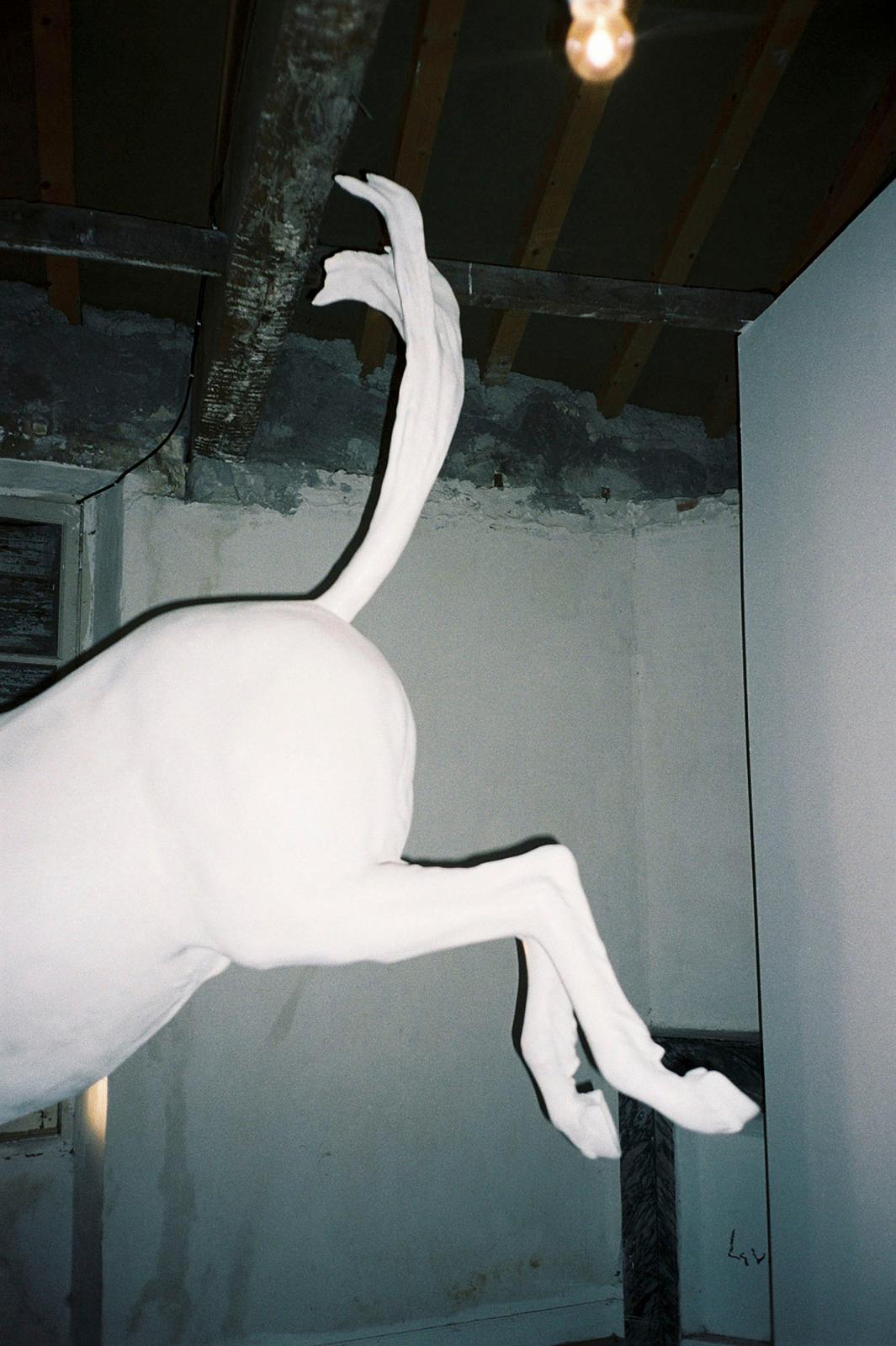 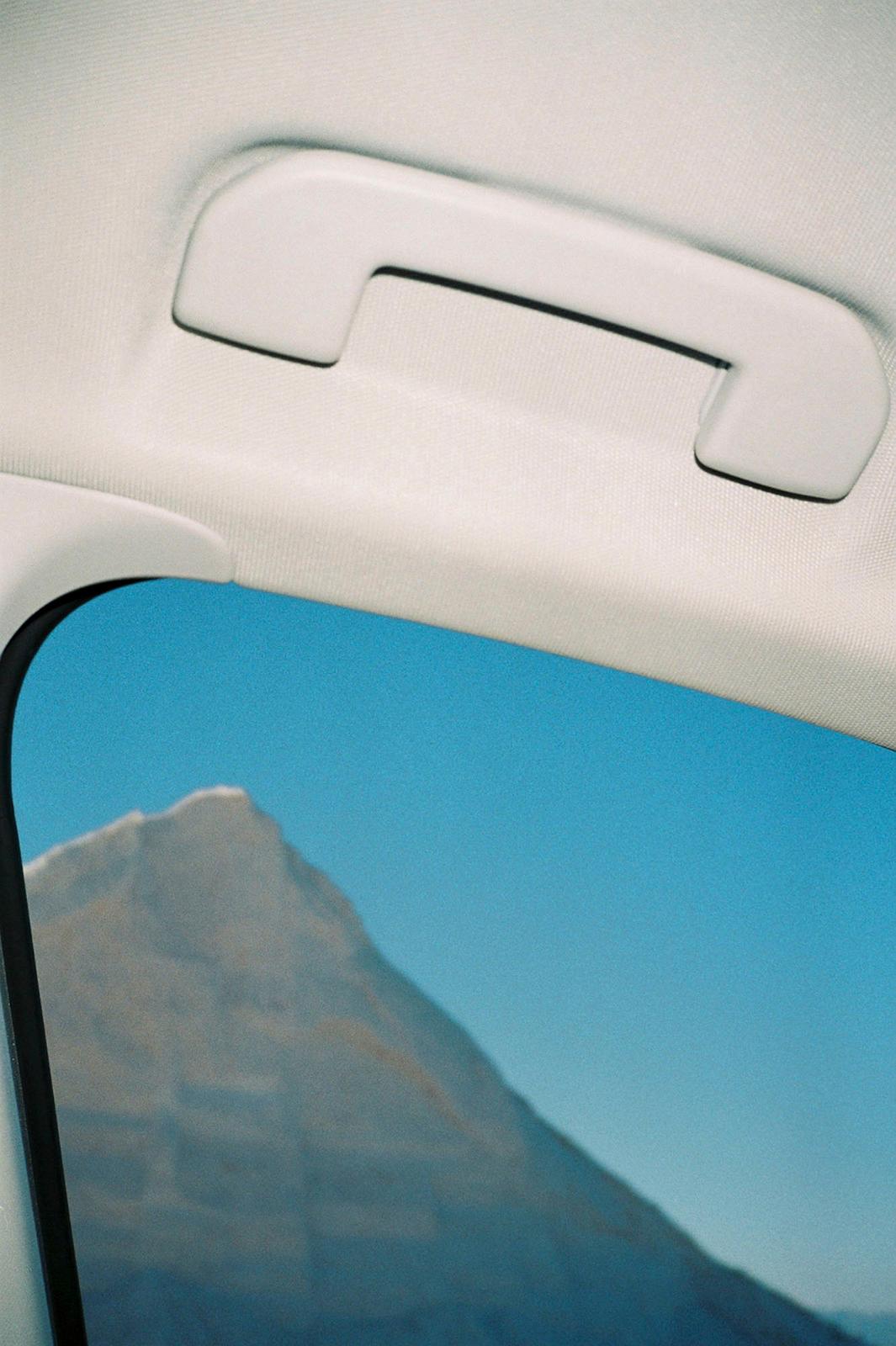 The Festival Panoràmic Granollers, organized by Grisart International School participates in 2022 in two of the most relevant photography events in Europe: from July 2- 10, at Rencontres d’ Arles (France) and from 1 to 4 September, at Festival Grenze Arsenali Fotografici in Verona (Italia). With the support of the Institut Ramon Llull, Albert Gusi, co-director of the Panoràmic festival will participate at Rencontres as an expert in the sessions for professional assessment and international networking Photo Folio Review as well as presenting the project “Manual de gestos russos” (A Manual on Russian Gestures), by the photographer Alba Serra.

“Manual de gestos russos” is a photography series by Alba Serra in which the artist poses questions to herself and about the re-signification of images over time. For two years, the author has been accumulating photographs of places where she just stayed shortly while working, at the same time that she was taking snapshots of her private life when she returned to the city. Hotels, friends, and strangers become fictions of the same landscape.

Alba Serra is a graduate in Textile Design and Fashion. She studied Art Direction and Costume Design in Buenos Aires (SICA, Sindicato de la Industria Cinematogràfica Argentina). She began his training in photography at Grisart (2020) with an annual scholarship in Contemporary Photography. She is currently studying for a Master’s degree in Author Photography and Project Management at EFTI (Madrid). In 2021 she participates in M.A.P.S. Getxo Photo, the Photo Collector's Project of Foto Colectania (Barcelona), ​​the Kbr Flama of the Mapfre Foundation (Barcelona), and ​​the FIFC International Photography Festival in Valparaíso, Chile. That same year, the work “Manual of Russian Gestures” is exhibited in Panoramic. Her work investigates the limits of photographic genres and the logic of the documentary image.

In parallel with the presentation of Serra's project, the Panoràmic participates in the Photo Folio Review program, an important exchange forum where emerging artists, curators, and festivals from all over the world reunite to review the portfolios of the new talents of photogrphy. This is the first time that the Catalan event is invited to participate, represented by the co-director of the Panoramic Albert Gusi, a visual artist who works within the field of photography in the elaboration of projects that often are forays into the landscape and ephemeral actions.

As part of the prestigious Festival d’Arles, is also presented the exhibit “Deja- Vu” by Catalan photographer Joan Fontcuberta, (co-director of Panoràmic) and the researcher Pilar Rosado. The project applies the technology of generative neural networks to a data set formed by works from the collections from Les Franciscaines de Deauville.

Participation in Verona in September

From September 1 - 4, the Festival Panoràmic Granollers will also participate at the International Festival Grenze Arsenali Fotografici in Verona (Italy). Both festivals carry an exchange of artists to promote a relationship between emerging artists from Catalonia and Italy.

In the present edition, Catalan artist Ruben Torras will show in Verona his work “Road moview”, a transtemporal journey that unites the apparent reality captured by Google with stories taken from the cinema. The series consists of several remakes integrated into the sets offered by Google Street View that are accompanied by a map of cinematic locations. The project bear witness to a process of decomposition of a reversible past and present of the digital image; an infinite mutability of what becomes virtual and a search for aesthetic experiences that pose open readings and certain humanity from the variability of things.

Ruben Torras Llorca is a multidisciplinary visual artist. Licentiate in Fine Arts and Master in “Artistic Creation, Realism and Environments” by University of Barcelona, (UB) 2010-11. His work combines painting and the digital image from a conceptual point of view. Currently, he works in the field of the pictorical research, digital photomontage and interactivity. He has presented solo exhibitions and works closely with Gallery My Nom is Lolita Arte in Madrid, Gallery Pep Llabrés in Palma de Mallorca, Gallery Victor Lope in Barcelona, as well as DOK Gallery in Baden (Switzerland) and Ganache Gallery at St. Martens-Latem (Belgium). He has exhibited also at Arts Santa Mònica, Bòlit Centre d’Art Contemporani de Girona, Museu de Granollers and Roca Umbert, Fàbrica de les Arts. He has participated in Art Madrid, Estampa, Arte Santander, and MAC, Mercat Audiovisual de Catalunya. He is resident artist at Piramidón, Centre d'Art Contemporani de Barcelona.

The co-director of Festival Panoràmic, Laia Casanovas, will be presenting both Panoràmic festival and Ruben Torras project in Verona on the 3rd of September. Following the exchange between the two festivals and Italian artist will participate at Panoràmic in Granollers in October with the support of Festival Grenze Arsenali Fotografici.

Panoràmic, the close relationship between cinema and photography

The festival Panoràmic explores the relationships between cinema, photography and new image formats and promotes and impulses the research of new languages and audiovisual narratives to provide a critical approach to image to audiences increasingly immersed in visual contexts.

Panoràmic celebrates its sixth edition in 2022 while growing in spaces, quality and dates and being present in Granollers at Roca Umbert, Cinema Edison, Museu de Granollers, and Museu de Ciències Naturals, as well as in Barcelona at Arts Santa Mònica, La Virreina, KBr Mapfre and Foto Colectania. The Festival expansion has created also links with several international festivals and institutions in Colombia, France, Serbia, Italy, and Canada.