Premiere of “19762. Solos y conectados” by the choreographer Candela Capitán in Kassel, in parallel to documenta fifteen. 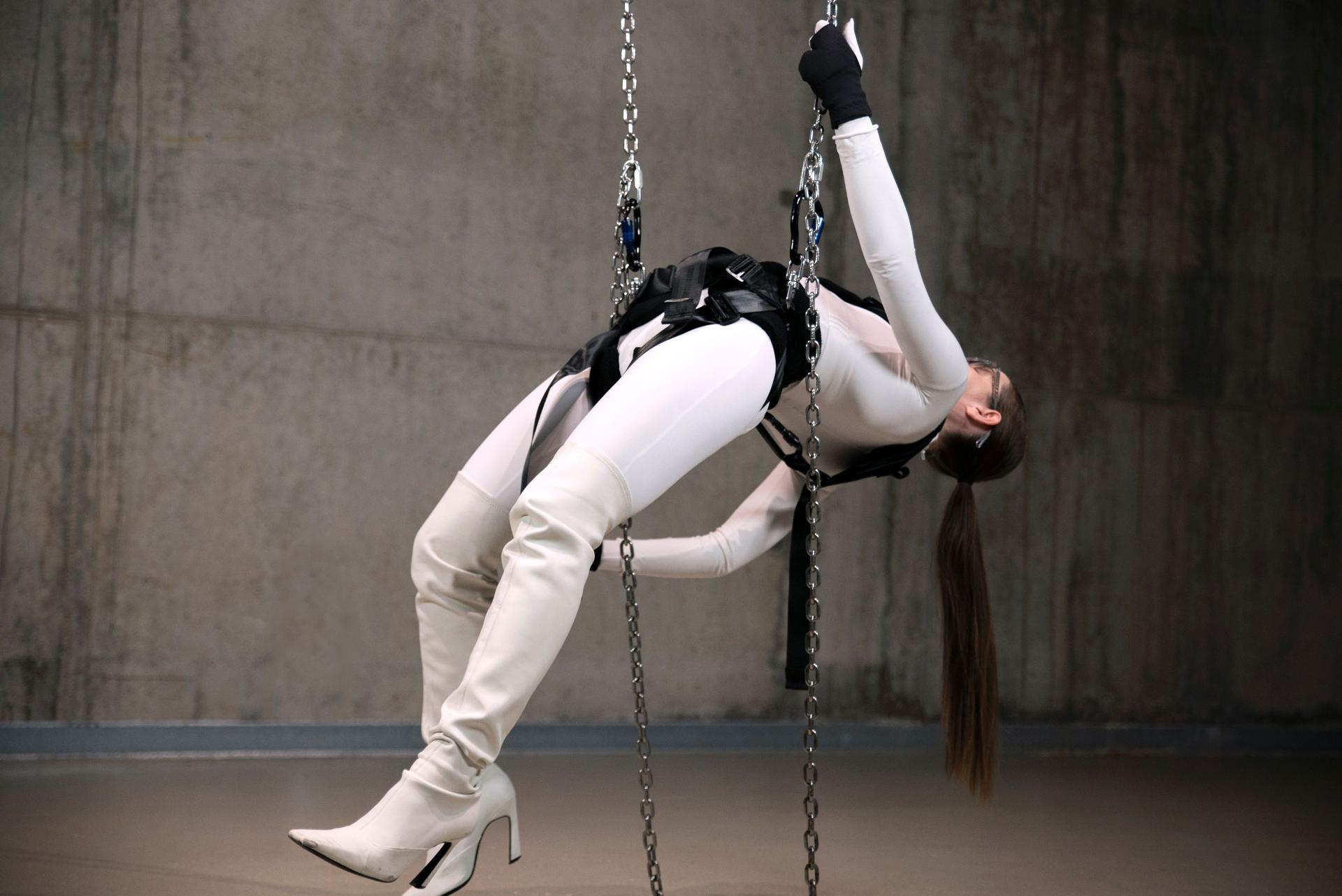 Premiere of “19762. Solos y conectados” by the choreographer Candela Capitán in Kassel, in parallel to documenta fifteen... 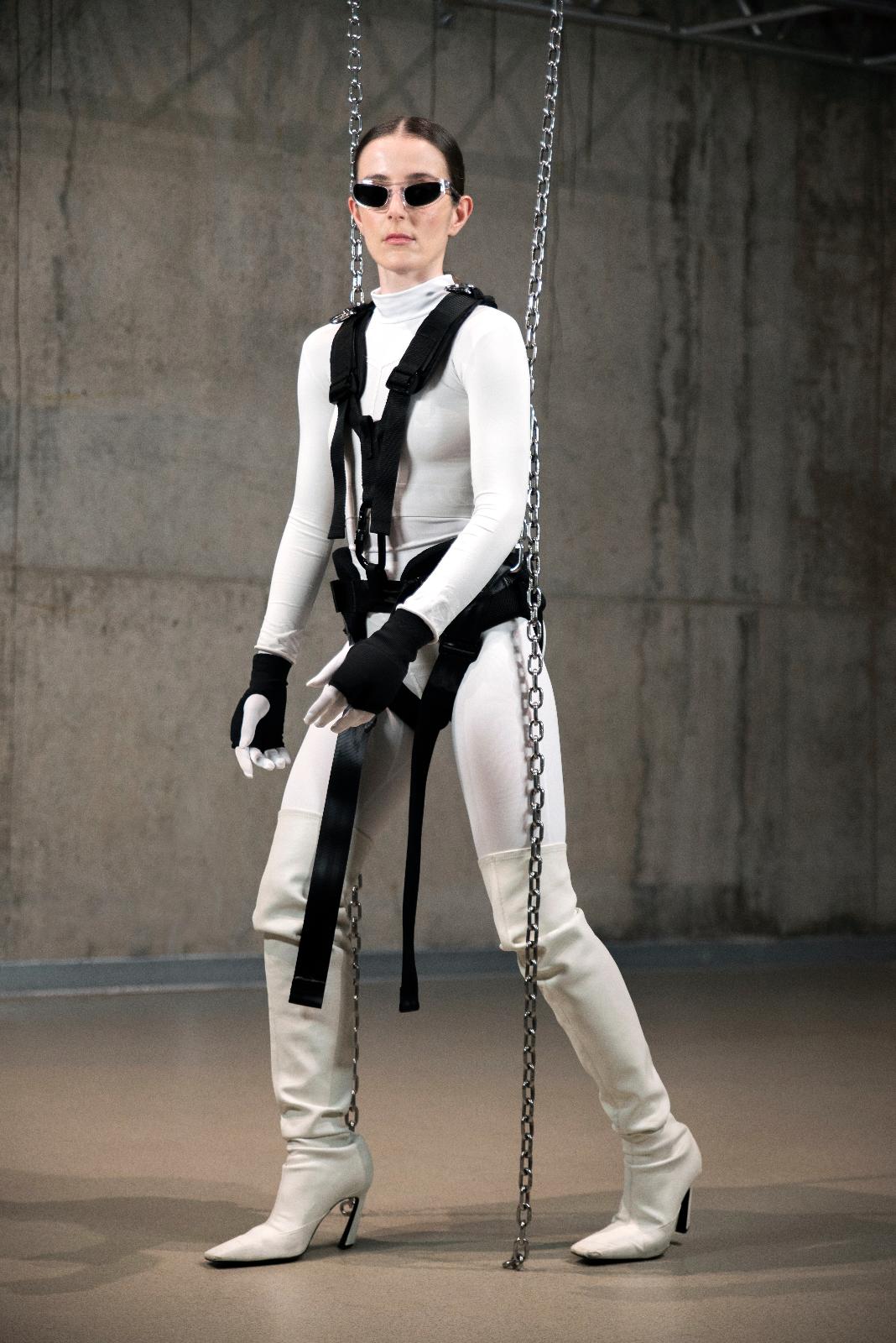 Premiere of “19762. Solos y conectados” by the choreographer Candela Capitán in Kassel, in parallel to documenta fifteen...

The resident choreographer at Graner Barcelona, Candela Capitán, premiered the show “19762. Solos y conectados” last June 18th, in parallel to the opening of the international contemporary art exhibition documenta fifteen, which takes place from June to September in the German city. The state company Staatstheater Kassel commissions the play, which is a choreographic piece for a set of 6 bodies linked to a parateatral device.

The later consists in the simplification and deconstruction of a carousel, the rotating platform usually present at fairs, representing here the capitalist engine. With this device, exploring the limits of the body and transcending dance, the impact of the Internet on contemporary society is also highlighted. The DJ and composer Isabela Gutiérrez, as well as the artist and playwright Joan Morey, participated in the creation of this project. The work will be shown in June 18th and 23rd; and also July 2nd, 23rd, and 24th at the theatre Friedericianum.

Candela Capitán (Sevilla, 1996)
Living in Barcelona and resident artist at Graner. Her personal work explores the activation and deactivation of social ties, connecting the body with other bodies, objects and collective images. Some of the issues that go through her projects are communication new technologies, the cross-border relations between artistic fields, or the cross-generational impact and its consequences. She uses mainly the language of performance to study the limits of dance with a thorough knowledge of the body in motion and its presence at scene. She develops her plays within different media (live actions, installations, or the audio-visual field), and formats (through virtual platforms or live), with the goal of finding different interconnection channels with the audience, or questioning artistic fields and their possibilities.

Isabela Gutiérrez
The Colombian Isabella is DJ and composer. She collaborates with Candela Capitán sine 2018, designing the space sound of various pieces. Gutiérrez was raised around the large salsa record collection of her dad, but she discovered her love for vinyl mixing when she moved to Barcelona. During her last 8 years as a DJ, she became cofounder and resident at MARICAS: a LGTBQ+ collective/club in Barcelona that gained a worldwide reputation in less than two years. She is also founder of Mistress, a multifunctional art platform for women that focuses in emerging talent. Recently, she cofounded the record label MARICAS Records; and her first EP Audio Exótica (2020) is her debut as a producer. She is now working on her debut album, which will be shown at Mutek 2022 – International Festival of Digital Creativity in Barcelona.

Joan Morey
Contemporary artist from Majorca established in Barcelona. His creative work focuses mainly in the field of contemporary art; he also works as a teacher, and he collaborated with independent companies and creators –among which is Candela Capitán– assisting in dramaturgy or within the scenic conception of various pieces and shows. With his artistic practice, he explores the intersection between theatre, movies, philosophy, sexuality and subjectivity. His work addresses one of the most tricky and transcendent aspects of consciousness and human behaviour: the way we interact with each other, both as oppressed and oppressors.

Pictures: César Segarra. Courtesy of the artist and Staatstheater Kassel.