‘The Visit,’ A Project by Yamandú Canosa presents the work of Uruguayan-Spanish artist Yamandú Canosa (born 1954). Through the exhibition, Canosa creates a contemplative dialogue between Surrealism and contemporary art. In the words of the artist, “The exhibition is intended as a visit that contemporary art pays to the house of Surrealism. One of the great legacies of the surrealist movement is its aesthetic complexity. This is confirmed by its permanence in today’s art. Surrealism is about an attitude, not aesthetic formulas: it is a way of looking at and relating to experience”. 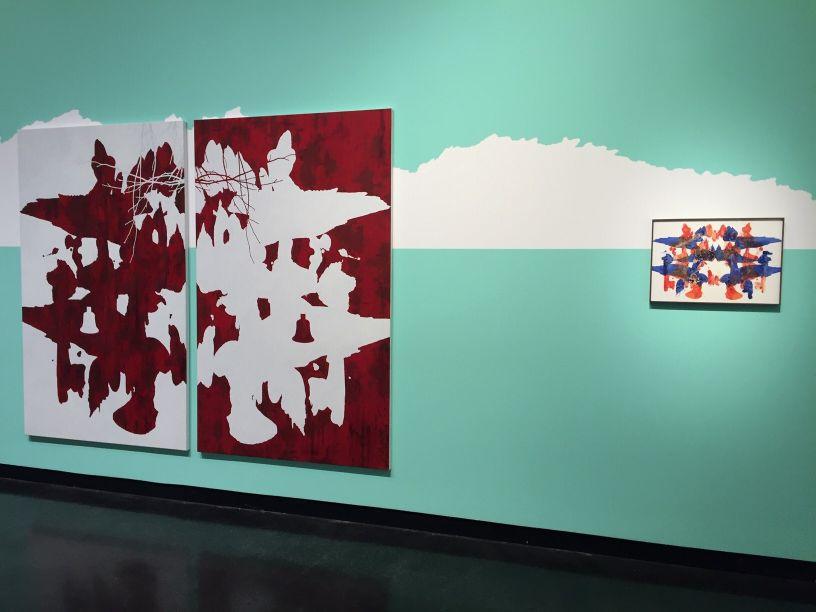 The meditative installation explores Salvador Dalí’s environment in Port Lligat, Spain, where Dalí lived and worked throughout his lifetime. The works relate the viewer to the horizon, while alluding to the Bay of Port Lligat: the beach, the Tramontana wind, Dalí’s house and the island of Sa Farnera. Canosa’s installation also incorporates the Dibujos ciegos (Blind Drawings), a series of performative works on paper created through a drawing process that elaborates on surrealist practices.

The exhibit includes new and previous notable works by the artist, including paintings, drawings and photographs, plus a small selection of related Salvador Dalí works from the Museum’s renowned collection. A portion of the Museum’s Hough Gallery will be transformed into a dramatic installation designed by the artist specifically for the Museum. Organized by The Dalí, the project is curated by Dr. William Jeffett, chief curator, who has previously published about the artist’s work.

Born in Montevideo, Ururguay, Canosa became involved in the Montevideo art scene in the 1970s while studying architecture and it is where he had his first solo exhibitions. He moved to Spain in 1975 and currently lives and works in Barcelona. His works are represented in a number of museums and foundations worldwide. Canosa’s work was previously shown by The Dalí in the 2006 exhibition Salvador Dalí and a Century of Art from Spain: Picasso to Plensa. In 2019 Canosa represented Uruguay at the 58th Venice Biennale with his project “La casa empática.” Canosa was awarded a 2000 Pollock-Krasner Foundation Grant, the Jennifer Howard Coleman Distinguished Lectureship and Residency at Otis College of Art and Design in Los Angeles in 2006 and the Pedro Figari Prize (Uruguay) in 2007.