The play by the Catalan composer is a thirty-minutes monodrama for baritone and orchestra, and it will be premiered at the Cologne Philharmonic (Germany) on Saturday, March 19th. The WDR Symphony Orchestra, directed by Andris Poga and with the baritone Christian Miedl, will perform the play. 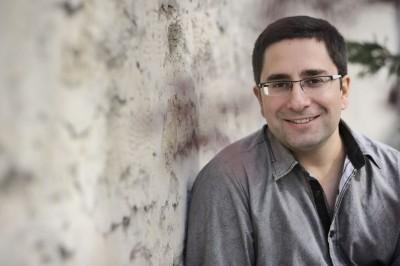 Created during the commemoration events for the 250 birthday of Ludwig van Beethoven (1770-1827), the play Wanderwelle was premiered by the OBC on January 30th 2020 in a concert at L’Auditori. It comes from an assignment of the Auditori de Barcelona and the Cologne Philharmonic.

With this piece, the Catalan composer Hèctor Parra (Barcelona, 1976) pays tribute to the Diabelli Variations (1823) by Beethoven, and it is divided in one theme and 33 variations. Wanderwelle is a monodrama for baritone and orchestra where Beethoven is the main character, with a libretto for Händl Klaus based on the conversation books by the composer Bonn. It is divided in three parts that follow Beethoven daily life during his last months, his relationship with his nephew Karl, and death.

Christian Miedl was born in Passau and is an internationally sought-after concert and opera singer. During the last years, he has performed with great success in contemporary opera roles such as the main characters of Prinz von Homburg, Hans Werne Henze, or Viktor from Kaiser von Atlantis by Ullmann. He is also a very demanded performer in roles for Elias by Mendelssohn Bartholdy, St Matthew Passion by Bach, A German Requiem by Brahms, and Carmina Burana by Orff.

The WDR Symphony Orchestra was founded in 1947. Cristian Măcelaru leads it since 2019. The orchestra has performed several concert tours with success around Europe, Russia, Japan, China, South Korea, the United States and Latin America. These are regularly broadcasted on radio, television and live stream.

The WDR will broadcast Hèctor Parras’ concert next March 25th: