Sílvia Pérez Cruz at the Theater Akzent of Vienna

Sílvia Pérez Cruz, the Catalan artist who sings in six different languages, is performing at the Theater Akzent of Vienna on February 3rd 2022 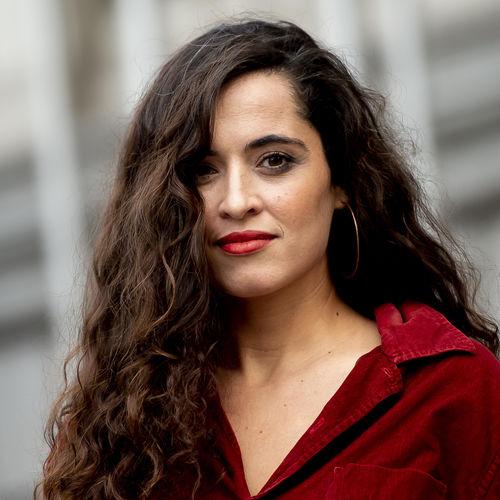 Sílvia Pérez Cruz at the Theater Akzent of Vienna

Sílvia Pérez Cruz specialized in lyrical singing before joining various groups and eventually initiating her solo career. Between the age of 4 and 23 years old, she studied solfeo, classical saxophone and piano, cajon, harmony, chant (jazz and flamenco), improvisation and composition, among other studies. She graduated in singing at ESMUC, Barcelona.

She has been part of several records and projects, and she has collaborated with artists such as Gino Paoli, Stefano Bollani, Lluís Homar, Rocío Molina, Jorge Drexler, Hamilton de Holanda, Toquinho, Natalia Lafourcade, Lila Downs, Joan Manuel Serrat or Lluís Llach, among others.

Her album Granada, released in 2014 in collaboration with the guitarist Raül Fernández Miró (Refree), broke new ground. This recording brings together songs from the resistance movement against Francoism, a Brazilian influence, songs by Schumann, Edith Piaf, Chet Baker and flamenco. It embodies a generation that reminds the past while being affected by the actual challenges of their country.

The Theater Akzent is a place for cultural encounters where the interaction with art and culture is regarded as a significant gain in people’s lives. It offers a diverse and varied repertoire of cabaret, theatre plays, productions for children and young people, readings, concerts, musicals, festivals, dance performances and intercultural productions to spectators of all ages. The theatre offers productions of social relevance and artistic quality, both from Austria and international, focused on living culture in a multicultural way, barrier-free and inclusive