Catalan writer, Max Besora, talks about his satirical novel which traces the life of Joan Orpí, one of the most unknown, yet fascinating, characters in Spanish history. In his torrential book, The Adventures and Misadventures of the Extraordinary and Admirable Joan Orpí, Conquistador and Founder of New Catalonia, we learn all about the odyssey that brought him first to Barcelona, later to Sevilla, and finally to America, where he experiences a series of outlandish situations. 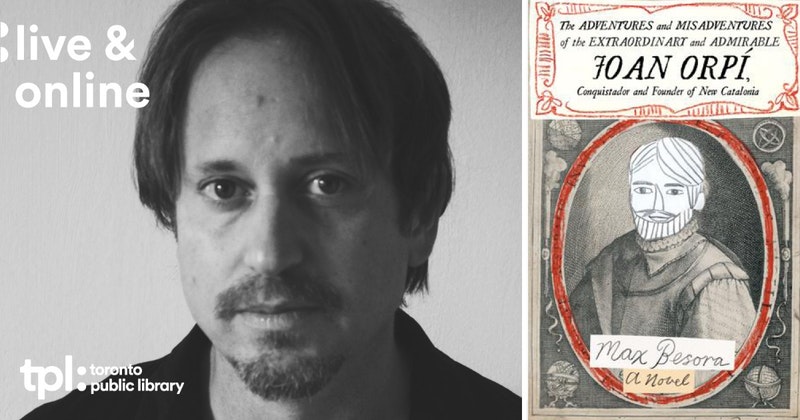 Using historical facts as raw material, and with stellar appearances of characters such as Miguel de Cervantes or the brigand Serrallonga, among others, Besora converses with the satirical tradition of works such as Gargantua and Pantagruel, Gulliver's Travels, or Don Quixote, to paint a fresco of Catalonia in the seventeenth century and the Golden Age of the Spanish empire, creating a novel that is fresh, sharp, and bursting with exuberant adventures. A triumphant, playful masterpiece brought into a unique style of English thanks to the triumphant creativity of translator Mara Faye Lethem.

Max Besora talks with Charles Foran (Planet Lolita) about The Adventures and Misadventures of Joan Orpí, his triumphant, playful masterpiece, translated from the Catalan by Mara Faye Lethem and published by Open Letter Books.

About the Author: Max Besora started his career as a poet, and has since gone on to publish three novels, including Volcano and The Adventures and Misadventures of the Extraordinary and Admirable Joan Orpi, Conquistador and Founder of New Catalonia, which received the 2018 City of Barcelona Prize for Catalan Literature. He also plays trumpet in a jazz band and is currently co-writing a non-fiction book about rap music.

About the Translator: Mara Faye Lethem has translated novels by Jaume Cabré, David Trueba, Albert Sánchez Piñol, Javier Calvo, Patricio Pron, Marc Pastor, and Toni Sala, among others, and shorter fiction by such authors as Juan Marsé, Rodrigo Fresán, Pola Oloixarac, Teresa Colom and Alba Dedeu. Her translation of The Whispering City, by Sara Moliner, recently received an English PEN Award and two of her translations were nominated for the 2016 International IMPAC Dublin Literary Award.

About TLP Culture: Toronto Public Library is the busiest urban public library system in the world. Every year, more than 20 million people visit our 100 branches in neighbourhoods across the city, borrowing more than 32 million items.

Max Besora: The Adventures and Misadventures of Joan Orpí