The Catalan Film Festival returns to Scotland 25 November – 12 December 2021 with a mesmerising programme of award-winning films, bringing summery Mediterranean vibes to heat up the Scottish winter. We are extremely excited to return to our favourite Scottish cinemas, while maintaining an online window for Catalan Arts lovers across the UK and globally via Festhome. 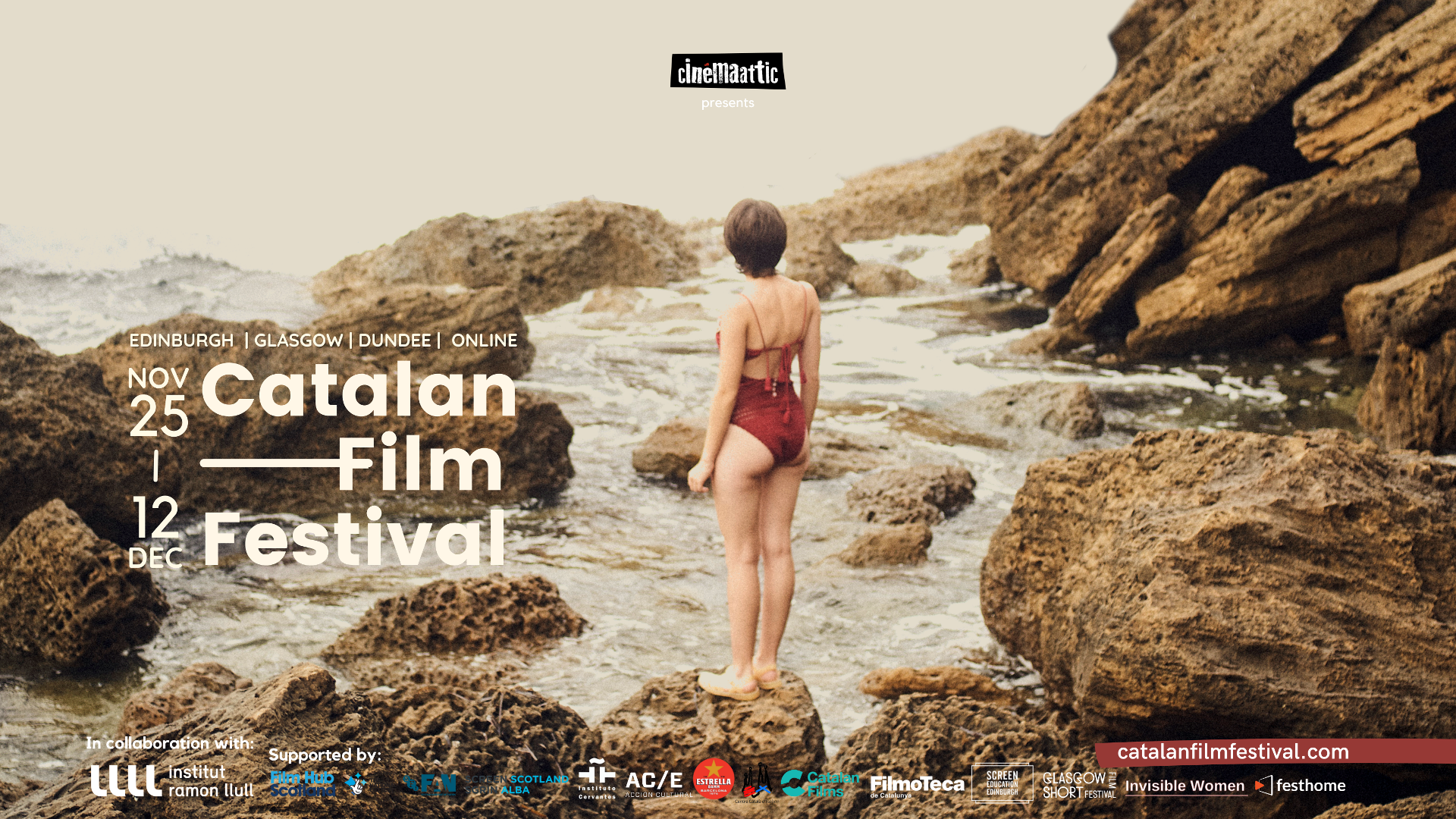 We have a brilliant selection of luminous Catalan films, many of them coming to Scotland after being praised in top festivals around the world. Films like Clara Roquet’s debut LIBERTAD (the only Spanish film selected in Cannes 2021), the gorgeously B&W shot, Bela Tarr-style poem to life ARMUGAN by Jo Sol (awarded at Tallinn Black Nights and Nantes), the moving story of female friendship between two filmmakers separated by the Atlantic TRANSOCEÁNICAS by Meritxell Colell and Lucia Vasallo (selected for Chicago Film Festival and FICX Gijon Film Fest). We also celebrate Adrián Silvestre’s second feature SEDIMENTOS – a movingly naturalistic and human approach to the experience of six trans women – which continues his exploration of love, identity, collective, and individuality. Or take the shiny winner of the Biznaga de Plata for Best Film at Festival de Málaga, EL VENTRE DEL MAR, where one of Spain’s most important contemporary directors, Augustí Villaronga (Pa Negre, El Mar, Incerta Gloria), returns to his most personal style. A superb selection of films to heat up your winter!

Coinciding with the Scottish premiere of LIBERTAD and TRANSOCEÁNICAS, this year we are proud to present TWO SPECIAL RETROSPECTIVES dedicated to directors Clara Roquet and Meritxell Colell, two women filmmakers that are key figures in the new wave of contemporary Catalan cinema. These two retrospectives gather previous shorts and special films made in collaborations and will be available to watch online. Both Clara Roquet and Meritxell Colell will travel to Scotland attending this year’s festival in person and taking part in special workshops and masterclasses in Edinburgh and Glasgow.

We also maintain our interest in recovering Catalan Classics: In collaboration with Filmoteca de Catalunya, we rediscover the gypsy Romeo-and-Juliet romance set in Las Ramblas LOS TARANTOS by Francisco Rovira Veleta. Nominated for the Oscars’ Best Foreign Picture category in 1963, it is a total celebration for those who want to see Barcelona streetlife in the 60s and get a rare insight into the experience of gitano communities back then.

SHORT FILMS, the house special. Short films continue to be a key part of the festival (and will always be!), and this year we have expanded the programme to what could possibly be our strongest short film selection to date. 16 shorts in total, many of them selected and awarded at IFFR Rotterdam, New York Film Festival, Festival de Cannes, Viennashorts, Curtas Vila do Conde, AFI Fest, San Sebastian or Festival de Málaga. A first-class selection of short films that you can enjoy both in person and online.

If you follow our Catalan Film Festival, you know that the films we tend to select here go on to win major awards later in the year. In your local cinema or from the comfort of your sofa… make your way in! This is the space to discover gorgeous films before anyone else does!