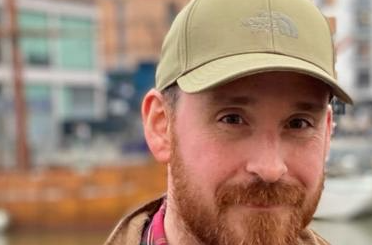 Seminar in Catalan Sociolinguistics for the Graduate Center - CUNY students only: September 20-24, 2021. The seminar taught by Dr James Hawkey, of the University of Bristol, will introduce students to a range of themes in Catalan sociolinguistics. It will start with some historical background to the Catalan language, and go on to cover language contact, language variation, language policy, language attitudes and language ideologies, before bringing them all together.

In his final lecture, “Wow, I’m worth something! I have five languages!” The Value of Catalans as Part of Multilingual Speaker Repertoires in the Pyrenes, D Hawkey will discuss his latest research on the sociolinguistics of migration in Andorra, a tiny country where Catalan is the sole official language. The lecture will be on Zoom and free and open to general public.

In the Pyrenees mountains, Catalan exists alongside Spanish and French, as well other languages linked to migration and globalization. This talk looks at two Catalan-speaking regions in the Pyrenees – Northern Catalonia (in France) and Andorra – and examines how speakers attach value to their multilingualism, by focusing on data from interviews and language attitudes surveys.

Dr Hawkey's work focuses on issues in contemporary Catalan sociolinguistics. His specialisms within this field are broad-ranging, including language attitudes, language contact, sociophonetics, and issues surrounding language and migration.

Final lecture free and open to the public: “Wow, I’m worth something! I have five languages!” The Value of Catalans as Part of Multilingual Speaker Repertoires in the Pyrenes