Dance and theatre made in Catalonia are coming to the Festival d'Avignon, one of the most important international contemporary performing arts events. Among the fifty or so performances at the festival, Marcos Morau and Aina Alegre are separately presenting two vibrant dance pieces inspired by Iberian folklore. And as part of the theatre programme, the 48 Rencobtres d’été and the 5th Forum de Nouvelles Écritures Dramatiques Européennes –both events at La Chartreuse in Villeneuve-lès-Avignon- will showcase dramatised readings of Victoria Szpunberg and Helena Tornero, respectively. From 5th until 25th July 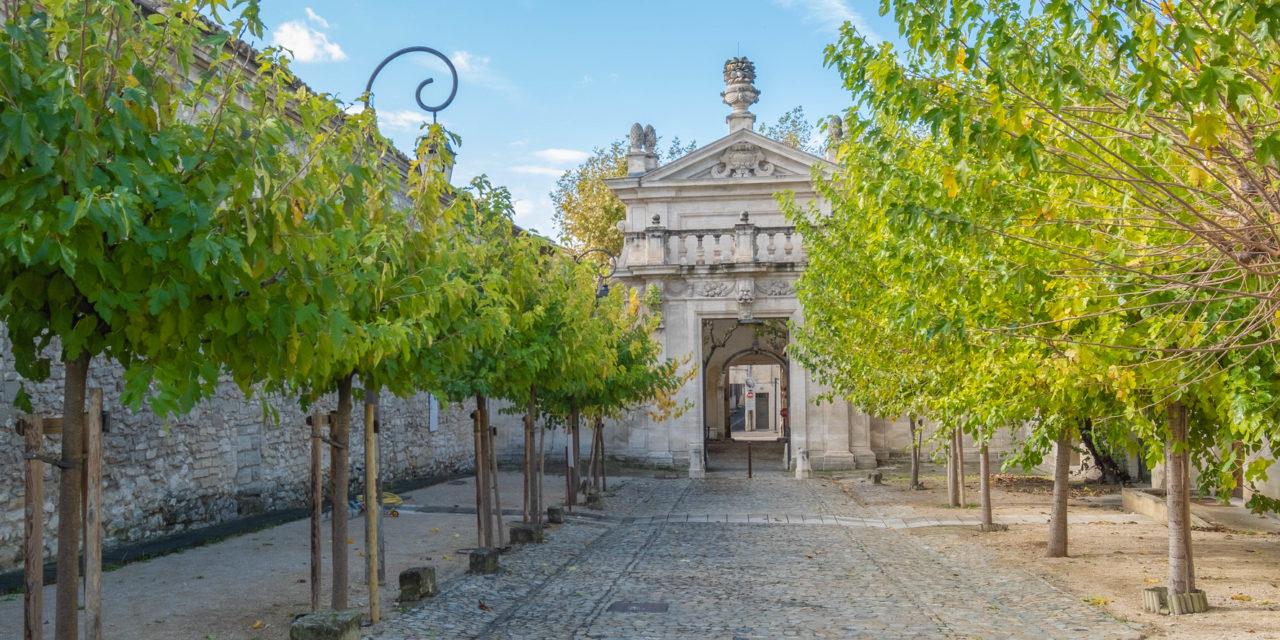 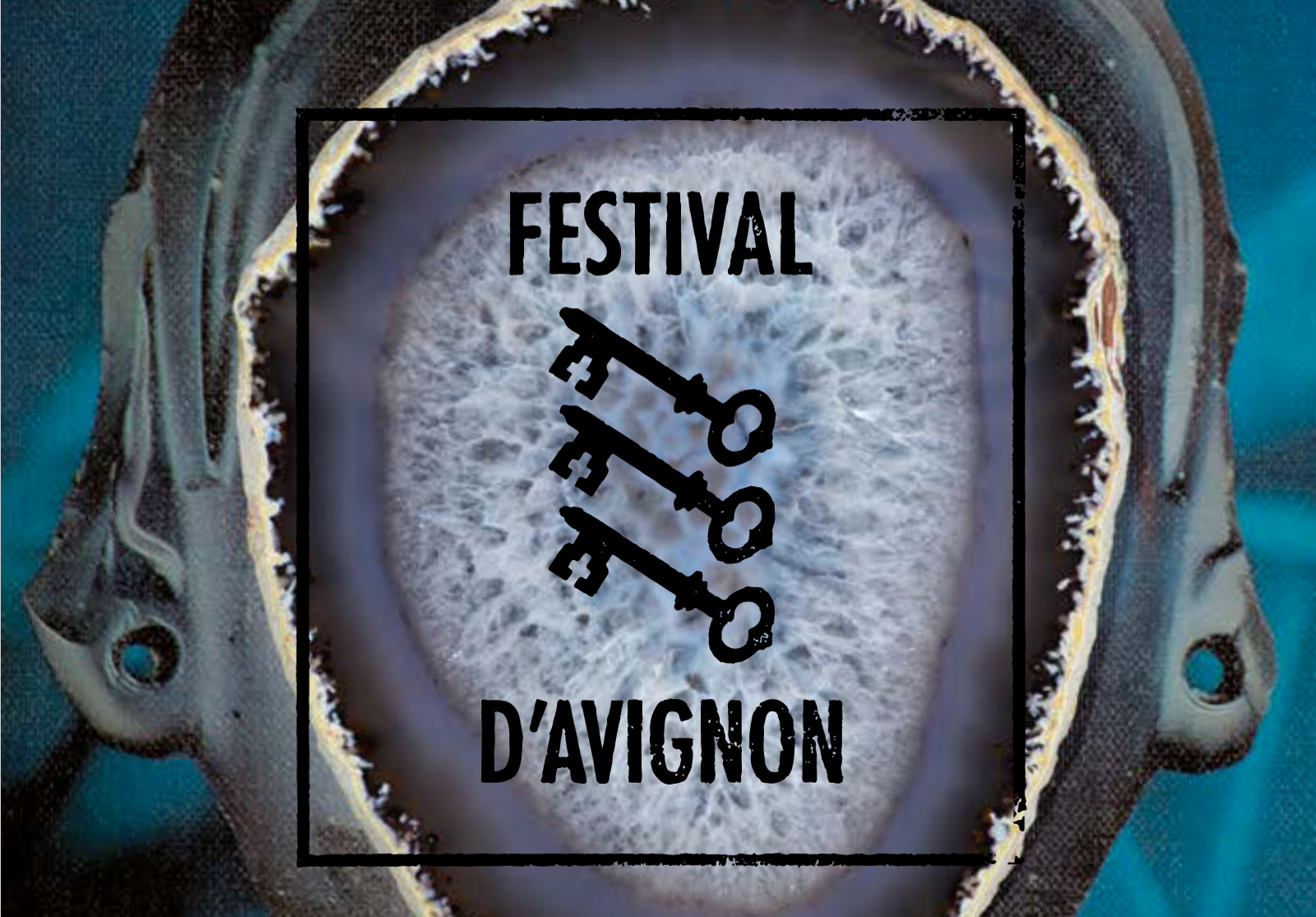 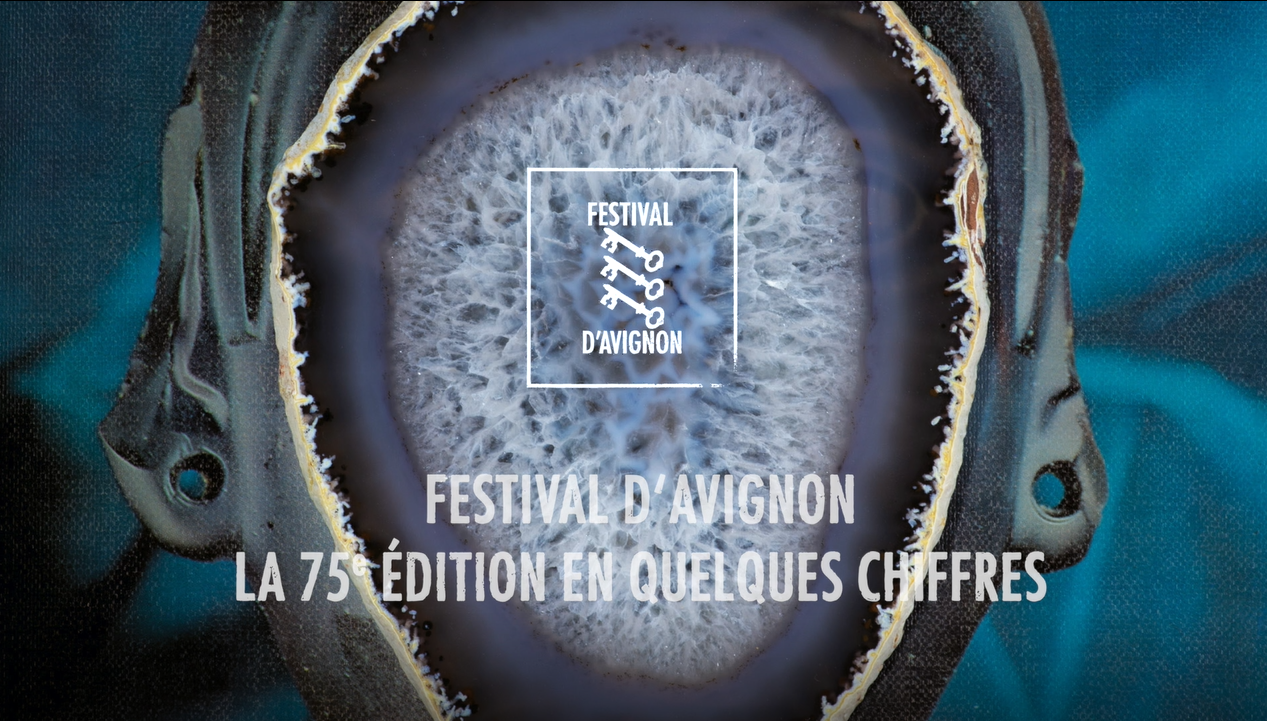 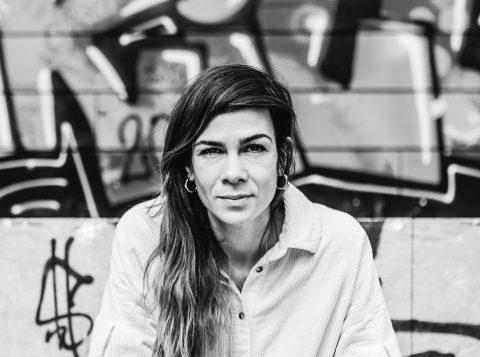 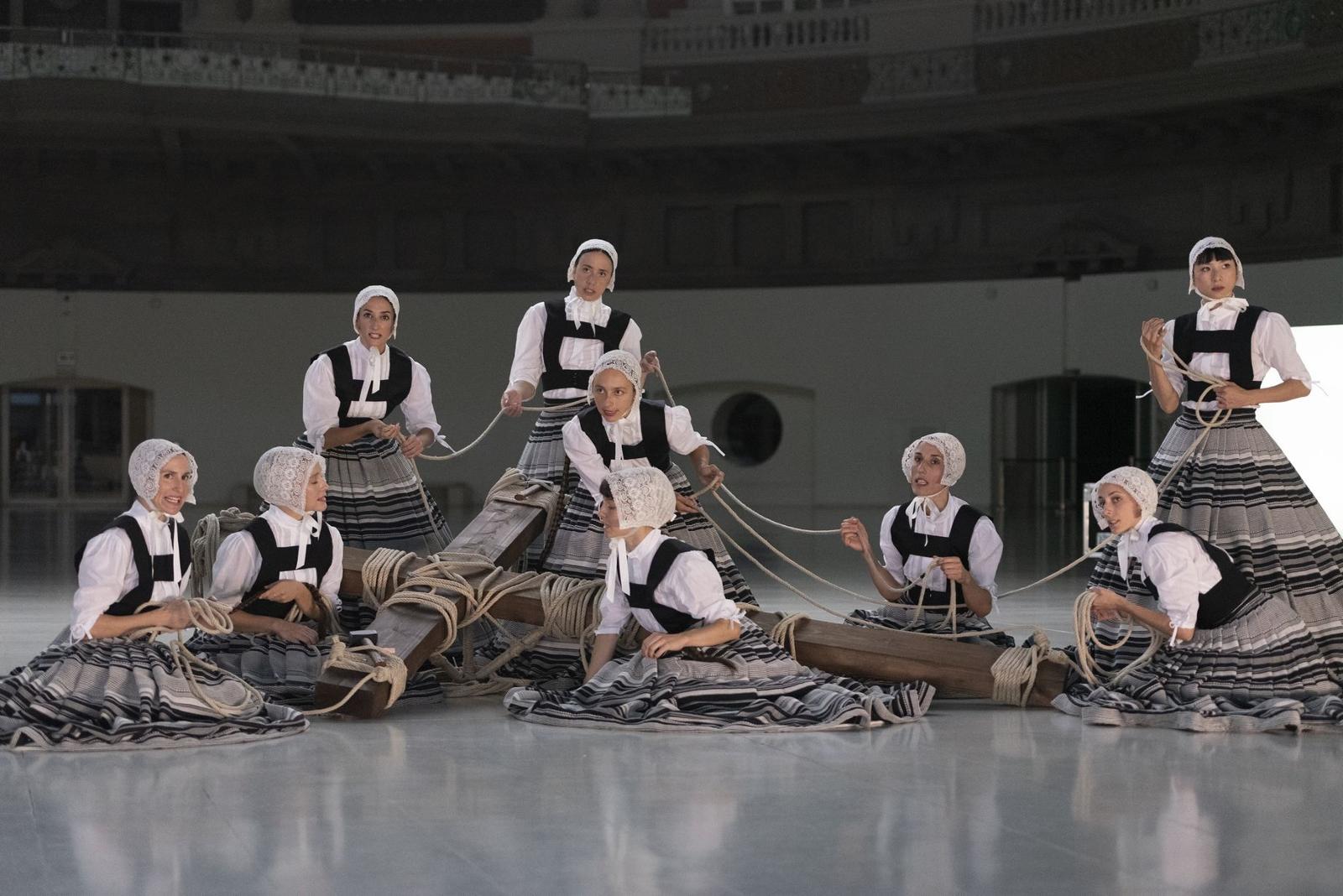 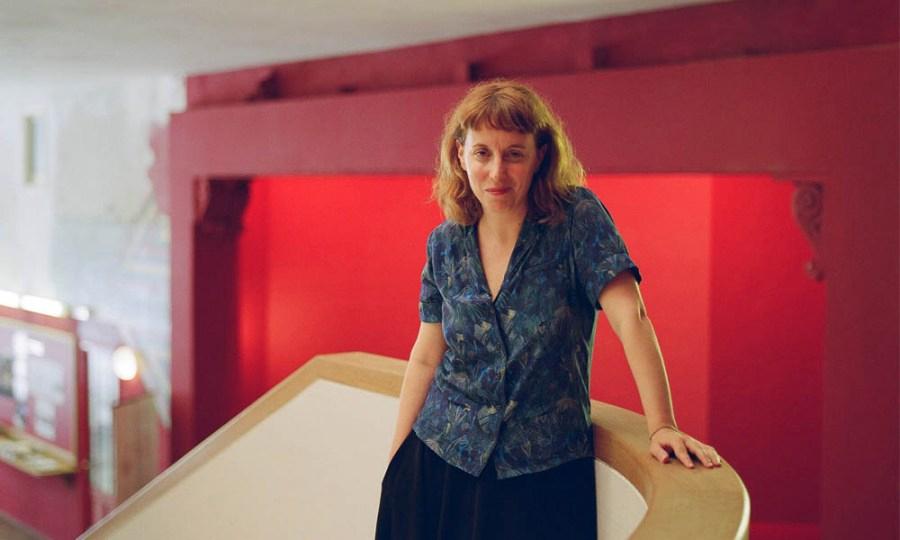 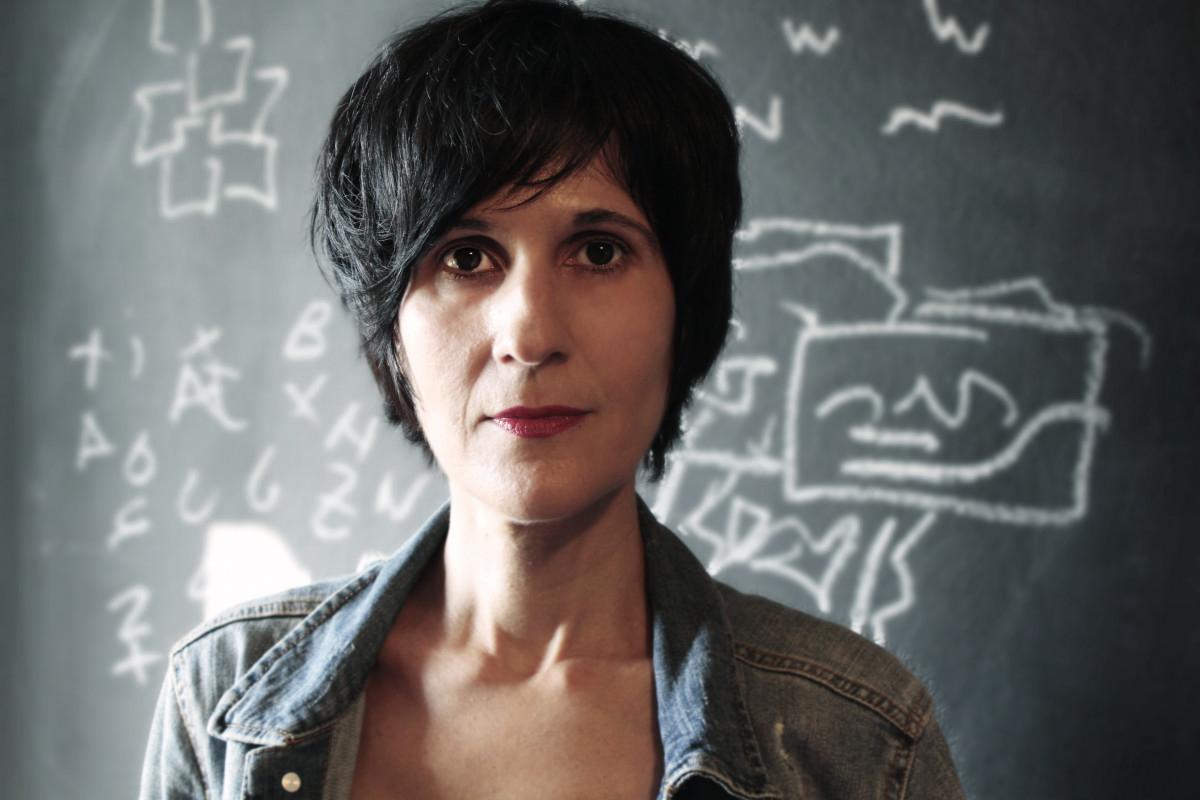 Founded in 1947, the Festival d’Avignon is nowadays one of the most important international contemporary performing arts events. In July of each year, Avignon turns into a city-cum-theatre, transforming its historic architecture into performance spaces and welcoming tens of thousands of theatre lovers from all generations. The programme is made up of performances, and also lectures, exhibitions, films and debates, thereby increasing the number of chances to enter into the world of the invited artists and intellectuals. Each evening throughout the Festival, there is one showing or more, which makes Avignon a true space of creativity and adventure, for the artists as well as for the audience.

As part of the dance events of the main programme, the choreographer Marcos Morau presents Sonoma, with the company La Veronal, to the main stage in the Cour d'honneur at the Palais des Papes, a piece dedicated to the filmmaker Luis Buñuel and to surrealism. Sonoma has the human need to return to our origins, to the body, as its starting point. A podium on which nine women, nine dancers with an intellectual universe inside their body, instinctively carry out their daily revolution, also through song, prayer and litany to escape the societal oppression of femininity.

As well as that, Morau will take part in the Ateliers de la pensée at 12.30 on 22nd July, with international theatre company FC Bergman and Palestinian theatre director Bashar Murkus.

Aina Alegre, a Catalan dancer and choreographer living in Paris, will present Étude 4, Fandango et autres cadences with the dancer Yannick Hugron, a study which centres around the act of hammering, bringing together fragments of stories connected to the culture of popular Basque dances. This show forms part of the Vive le sujet !  programme, organised in collaboration with the Société des Auteurs et Compositeurs Dramatiques (SACD) who offer four authors from different disciplines a choice of each of their assistants to produce eight performances together, with total freedom of genre, tone, form and theme.

Alongside that, the 48th Rencontres d’été of La Chartreuse, the National Centre for Performance Writing and co-organiser of the festival, is to showcase the work of Victoria Szpunberg and Helena Tornero over the course of a month dedicated to lectures, performances and debates, from 5th July until 5th August.

During the Rencontres, La Chartreuse showcases the work from the advanced training project of L'École des Maîtres, bringing together CSS Teatro stabile di innovazione del Friuli Venezia Giulia (Italy) and Crepa (The Centre for Research and Experimentation in Artistic Pedagogy). (FWB / Belgium), National Theatre D. Maria II (Lisbon / Portugal), TAGV - Teatro Académico de Gil Vicente (Coimbra / Portugal), Comédie de Reims - Centre Dramatique National and Comédie de Caen - Centre Dramatique National de Normandie, and for the first time it will be dedicated to theatrical writing and not to the training of actors or directors. Under the direction of Italian dramatist Davide Carnevali, from 15th to 17th July, the participants will explore the theme of: "The word and the absent body" in the form of a "theatrical laboratory in a state of exception". Among the lectures on offer, there is La màquina de parlar (The Talking Machine), by Catalan dramatist Victoria Szpunberg.

Also, dramatist Helena Tornero will take part in the 5th Forum de Nouvelles Écritures Dramatiques Européennes with a reading of F/M (Devil is alive and well). This forum, which will take place on 23rd and 24th July, looks to explore the appearance of new dramatical works in Europe, inviting eight of the most important European writers currently: Jens Raschke, Helena Tornero, Davide Carnevali, Kathrine Nedrejord, Magdalena Schrefel, Vassili Sigarev, Frank Siera and Simon Longma. Each will read extracts from their works, acted out by students from the National Theater in Strasbourg and the University of Paris-Nanterre, acting as a launchpad for discussions and debates with the students and authors, their translators, specialists in contemporary writing and the audience.

The works de Victoria Szpungerg and Helena Tornero have been translated to French by Laurent Gallardo.

In 2021, the Institut Ramon Llull and La Chartreuse signed an agreement to collaborate regularly.