A collective exhibition reflecting on the different ways we experience the urban landscape. Curated by Aina Pomar, the exhibition includes works by Anna Dot, Richard Hards, Ian Waelder and the “electric presence” of Tom Dale. At The SCAN Project Room until the 22nd of June. 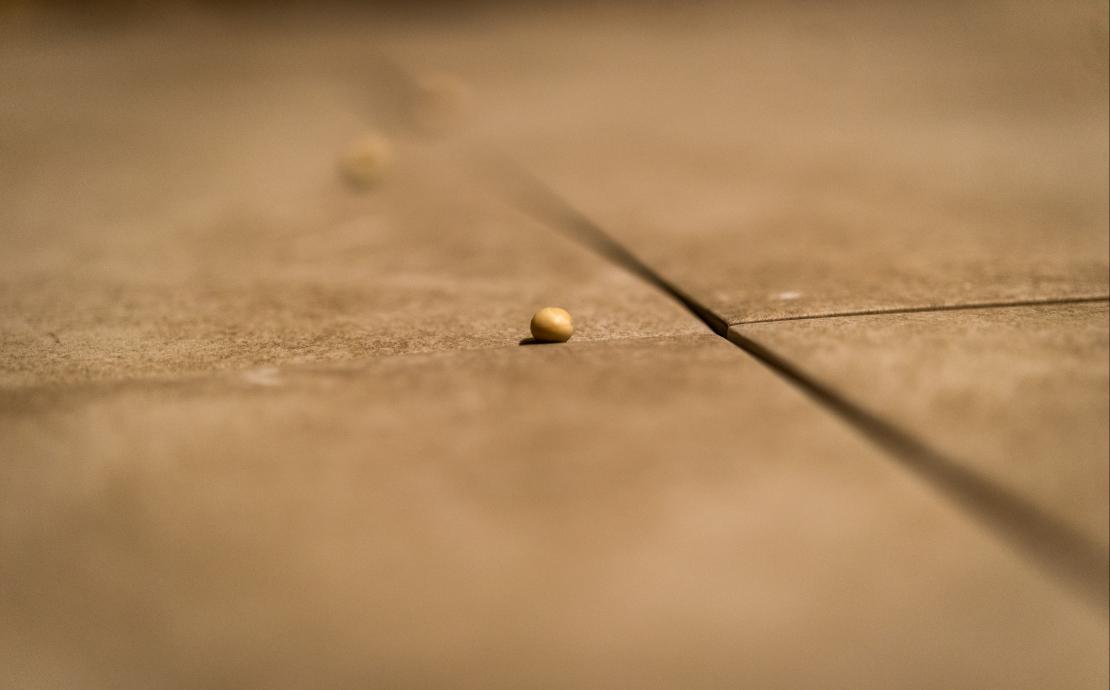 The important fact about urban living: the continued stream of second attention awareness. Every licence plate, street sign, passing strangers, are saying something to you.
William S. Burroughs

Driven by fast-paced routines and focused on getting from A to B on time, we may not notice how the different architectural elements around us determine our attitude towards the urban landscape, and towards each other. We seem to exist in parallel to the city. In JG Ballard’s works, the structure of the city slips in the grammar and syntax of his prose, allowing the reader to see how he dissected his own experience of the city, how he expressed that the buildings that surround us and that we live in can alter our social behaviour.

Pushing slightly the boundaries of our rational understanding, we can aim to translate what we encounter in our commutes and everyday life into syntactic elements. Then, sharpening our attention to absorb what the city is constantly communicating to us, we could come to read the street signs, the pavement materials or the structure of a specific building as part of larger and non-linear narrative to describe our urban lives.

Including works by Anna Dot, Richard Hards and Ian Waelder, Second Attention Awareness deals with different approaches to the perception of urban landscape, and considers SCAN Project Room and the building where it’s located as an active entity for the development of the exhibition.

Originally a bed factory, later the premises of a religious congregation and currently an art studio complex and gallery space, 13-19 Herald Street has changed throughout the years reflecting the urban dynamics of East London. With this in mind, Anna Dot has carried on an archaeological and anthropological study of the building during the days prior to the exhibition, seeking to connect the seemingly distant dots that form the identity of the space. The outcome of this exploration will be presented in the project room on the opening day along with her work A Mountain Inside Home (Herald St), first created in response to the commute to her gallery in Barcelona and now adapted to the current exhibition using ceiling tiles.

Stemming from his ongoing interest in the use of reclaimed urban objects and elements present in the public realm, Richard Hards’ work Despite the appeals activates the exhibition space by creating a system that brings together the ceiling lighting, found glass panels and a number of motors. The use of sound and light in the work, captured and played through these objects by using contact mics and speakers, establishes a tension in the space and with other works.

The almost invisible work by Ian Waelder, And Then I Slipped, may only become apparent to the visitors when the flickering lights reflect on its waxed surface. This intervention is deeply linked with the artist’s skating practice through which he perceives the city: rolling and falling on it, feeling the pavement on his own skin. A common practice among skaters is to apply wax on the surfaces they want to skate on, leaving characteristic marks that allow those who come after to identify the space. The paradox of transporting this gesture to an exhibition wall, disenabling it from its purpose, takes a greater meaning with Waelder’s shoe sculpture Wet hanging on the wall, which hints at the trace and memory of a past action enclosed in a somewhat absurd copy of the shoe made by hand.

This show is made possible with the help of the Spanish Embassy in London.
With thanks to L21 gallery, Bombon Projects, Lluís Solé and Craig Scott.

Until 22nd of June