As part of the ‘Migration and Cultural Memory Research Day’, the Centre for Catalan Studies (CCS) of Queen Mary University of London contributes with their presentation of the archive of Joan Gili (1907 – 1998), Catalan publisher, bookseller, translator and bibliophile. The event takes place on the 22nd November at the Senate House Library of the University of London, and includes an introduction to the collection by John London, Director of the Queen Mary CCS. 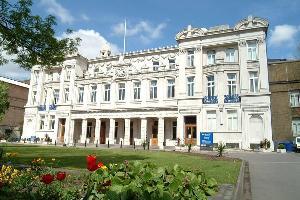 Over a period of more than 60 years, Joan Gili collected a great quantity of material, which has now become an invaluable source of research due to its unique variety and detail. Gili (Barcelona, 1907 – Oxford, 1998) founded the bookshop and publisher ‘The Dolphin Book Company’, specialising in Spanish and Latin American manuscripts. He published ‘Anthology of Catalan Lyric Poetry’ (1953), by Joan Triadú, and a prose anthology by Miguel de Unamuno; he translated Federico García Lorca, Cernuda, Neruda, Carles Riba, Espriu and Josep Carner, among others, into English, and he also brought the first Catalan grammar book to the English public. Gili was founding member and President of the Anglo-Catalan Society, for which reason he was considered ‘Catalan ambassador to Great Britain’ and was awarded the Creu de Sant Jordi by the Generalitat de Catalunya.

The Senate House Library, which hosts the function on the 22nd November, places the focus of its research on migration and cultural memory from various points of view, also dealing with those more extreme cases of forced migration, displaced persons and exiles as a result of war or political persecution. A team of its specialists will be at the helm of proceedings, which will consist of an initial presentation of the theme and will be followed by various studies of more specific cases.

In this second section, John London, Director of the Queen Mary University of London CCS, together with Andrea Meyer Ludowisy, researcher of Western European Languages at the Senate House Library, will give a lecture under the title ‘Joan Gili and Catalan exiles’. After the talks, it will be possible to see samples of the collections that have been dealt with.