The presence of Catalonia and the Balearic Islands at the Bologna Children’s and Young Adult Book Fair as Guest of Honour represents a huge step forward for the Institut Ramon Llull, which quadrupled its appointments with international agencies and publishers with respect to the previous year’s Fair. Thus, the IRL’s staff held 125 meetings with publisher’s representatives from 32 different countries, of which more than half were with publishers that were still unfamiliar with the IRL’s services. Most of these meetings were held with representatives from France (19), Italy (13) and the United Kingdom (13), but meetings were also held with publishers from, among others, the USA, China, India, Turkey and Argentina. These meetings are useful for spreading the word about the children’s and young adult literature scene in Catalan and also the IRL’s support for book translation and illustration. 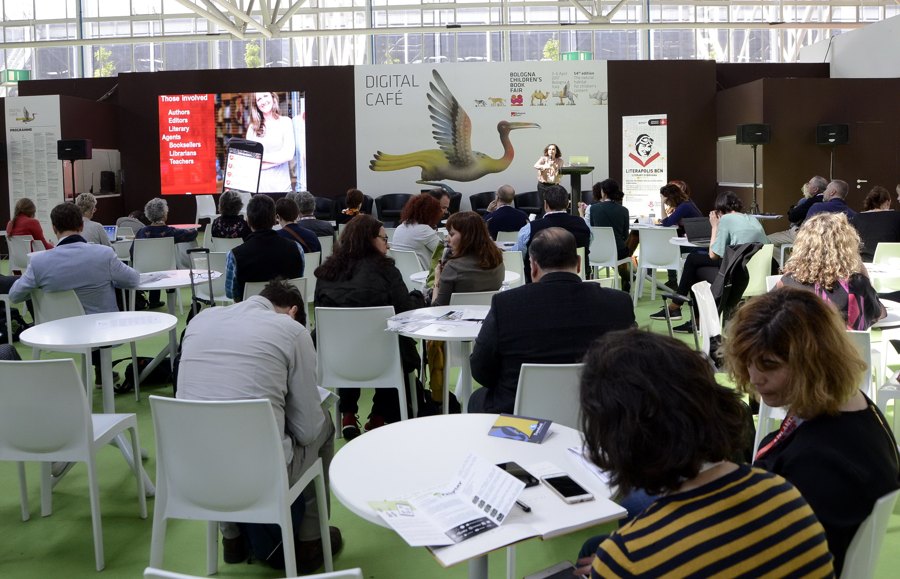 Besides these meetings there were those held by the 40 Catalan, Balearic, Valencian and Andorran publishing houses (nine the previous year) present on the collective stand at the Fair (measuring more than 170 m2, 67 m2 the year before) and those of the 15 publishing houses that were there with their own stand or on that of the Federation of Publishers’ Guilds of Spain. Publishers have thus noticed greater interest from international agents as a result of being invited to the Fair.

Especially outstanding was the interest generated by the title Molsa (Moss), by David Cirici and published by Edebé, which won the Strega prize during the Fair. Besides Italian (Il Castoro, 2015), Molsa has already been published in German too (Dressler Verlag, 2014).

For the IRL, the aim now is for Catalan children’s and young adult literature to gain prestige at home and abroad, for the “job done” at the fair to be consolidated by having a similar number of publishers present at next year’s edition as at this year’s, and for there to be a significant increase in the support given to children’s and young adult literature.

Apart from the professional meetings on the stand, the IRL organized a programme with 19 literary activities at the Fair, with the participation of 54 national and international speakers. These activities aroused the interest of the public, with 878 people in attendance. Particularly well attended was the conversation between the writer Jordi Sierra i Fabra and the publisher Daniela Gamba before an audience of 125.

Another initiative that was very well received was the Children’s and Young Adult Literature Symposium: Trends of a Shared Future, with speeches of great academic quality that together presented a comprehensive, sophisticated overview of the historical, institutional and social history of children’s and young adult literature in Catalan and of several very important questions that this cultural output poses. In the academic sphere there was also a Catalan to Italian literary translation seminar, organized in collaboration with the Department of Languages, Literatures and Modern Cultures of Alma Mater Studiorum – University of Bologna.

The exhibition Sharing a Future …, which presented 42 illustrators in deckchairs inside the fair site, was another big success of the Catalan-Balearic programme. Several international fairs have also expressed an interest in exhibiting them at their sites.

Away from the Fair, the IRL organized a parallel programme of activities for all the family that attracted a lot of interest among local people. Tickets were sold out for each of the four sessions programmed at the Teatro Testoni. The Cineteca’s film season was very popular too, with about 50 people per screening. The activities for children in the Sala Borsa were sold out in the case of the performance by Miquel Rayó and Núria Pradas on the subject of war, exile and refugees. As well as all these activities, hundreds of people went to the Archiginnasio and the Libreria dei Ragazzi to interact with the installations of Toc de Fusta, and the visitors who until 1st May can still visit the exhibition Vet aquí at the Archiginnasio.

This good reception has also been clearly seen in the international media’s interest in the programme Sharing a Future: Books in Catalan. Undoubtedly, too, the attractiveness of the city of Barcelona also played a fundamental part in it.

You can see an album of photographs of the Bologna Book Fair at the following link.